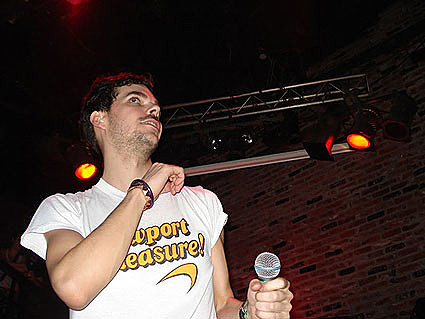 Above is the swelling Narctrax remix of The Teenagers ode to Scarlett Johansson. Below is the video for their massive single "Homecoming" (which reminds me of the video for Tokyo Police Club’s ~ Your English Is Good ).

The Teenagers digitally released their new record on Tuesday - the same day they kicked off their first North American tour (have you seen them yet? The verdict?). They're rolling into New York next week - playing at the coveted Mercury Lounge before doing the back to back behemoth of Hiro and Studio B. For a new band that has yet to prove themselves, we are waiting to see how they swing three nights in New York.

Do you want to go to the Saturday February 2nd Studio B show (a FIXED party that Hot Chip also happen to be djing)? We have two pairs of tickets to give away. To win, email BVCONTESTS@HOTMAIL.COM (subject: Teenagers). Include your first and last name. Two winners will be picked at random and contacted. Video below...

The Teenagers tour dates, and a "Homecoming" remix, HERE. Stay tuned for volume 2.2 of this week's new Finger on the Pulse feature. 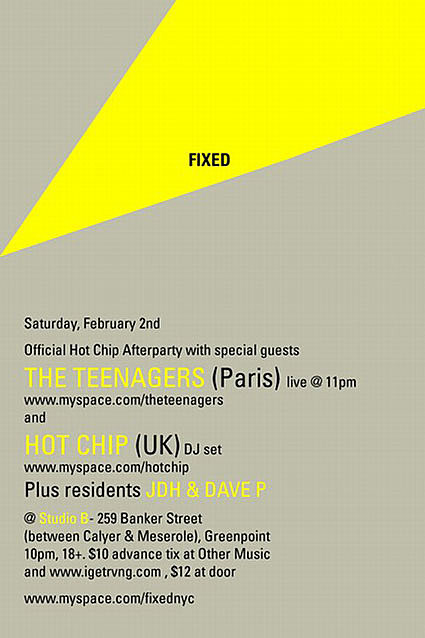 this brought to you by Finger on the Pulse