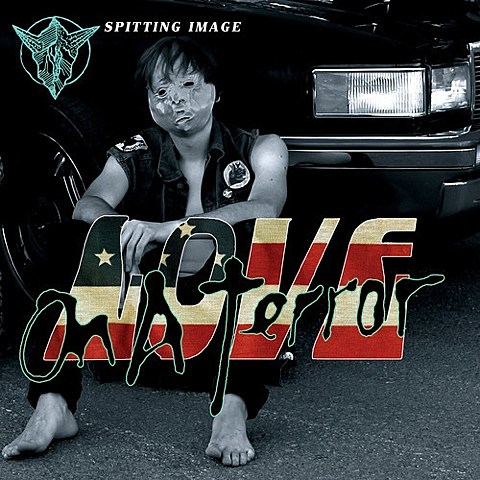 Reno, NV's Spitting Image call themselves "a punk band from a basement in the high desert on the west coast," and of all the one-sentence biographies bands offer up on the internet, that's one of the more perfect ones I've seen. With the internet's huge presence in music, bands are sounding decreasingly regional, but if I had to guess what punk would sound like influenced by life in a west coast desert, it'd probably sound a lot like Spitting Image. Of course there's other bands doing the desert punk thing, like Arizona's Destruction Unit, but while those guys are often drenched in noise, Spitting Image have more classic punk to their sound, complete with aggressive snot-nosed vocals. Picture a darker, more psychedelic version of the Dead Boys and you might get an idea.

Spitting Image will release the "Love On A Terror" b/w "We Begin" 7" on February 14 via their own publishing label Negative Space Extension and Broke Hatrè, and they plan to follow it with a full length some time this year. The video for the 7"'s a-side makes its premiere in this post, and you can watch it, along with a full stream of the 7", below...

love on a terror from Omar Alan Pierce on Vimeo.