this is one of the five show flyers... 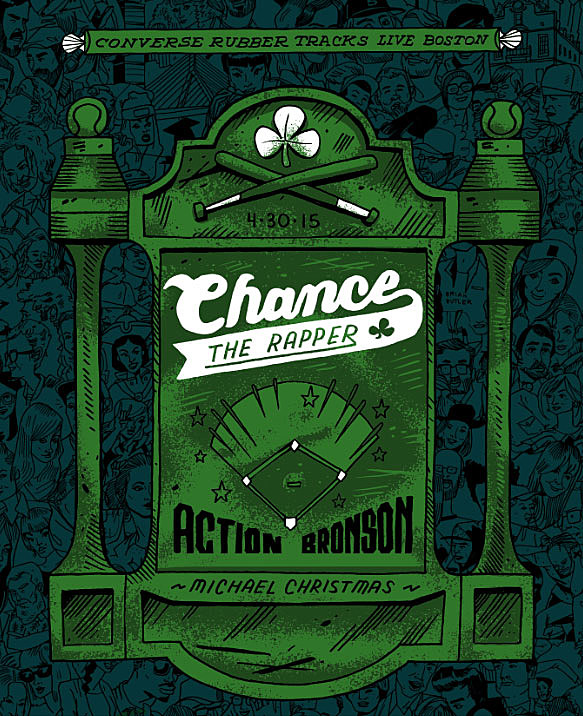 Converse is moving into Boston and throwing some killer free shows to celebrate:

Converse Rubber Tracks Live Boston, a free five-night event set to take over the Sinclair, a club in Harvard Square.

From April 27 through May 1 may perhaps be the only time fans will be able to see major acts such as alt-rock pioneers the Replacements, Boston-bred electro-pop sensations Passion Pit, thrash-metal titans Slayer, rap star Chance the Rapper, and punk-rock progenitors Descendents in a cozy venue that holds 525 people. All are acts that easily draw crowds triple that size.

"We knew when we were moving into Boston that we wanted to do something that really celebrated the move and the local community and wanted to give something back," said Jed Lewis, Converse's global music marketing director, noting that the company will soon uproot its world headquarters from North Andover to Boston. "It's important for us to be active in the creative community." [Boston Globe]

The shows are free, but you'll need a ticket. Those go "on sale" on Monday (4/20) at noon. More info at converse-music.com/boston/. Full lineups below: