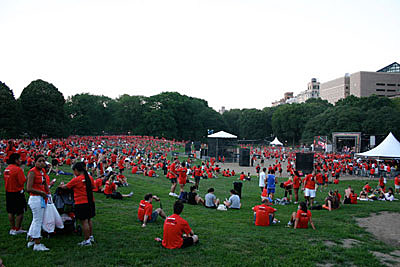 "Shortly after, we coasted past Nina Sky, whom I'd never heard of before. They didn't hurt my feelings or anything, and were easily the cutest band of the race. About a mile later, we came upon Fountains Of Wayne, who looked like they were literally melting in the heat. We heard the end of "Mexican Wine" and the intro to "Radiation Vibe", both of which sounded like they were being played under duress. [extrawack]