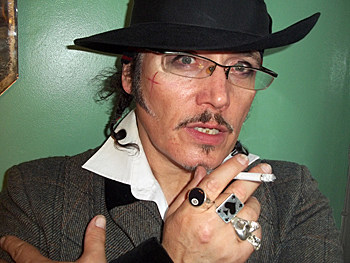 As you've surely known for a while now if you bought a ticket to tonight's NYC show at Best Buy Theater, that Adam Ant show was postponed to October 6th. Tickets for the new NYC date are on sale, and all dates are listed below...