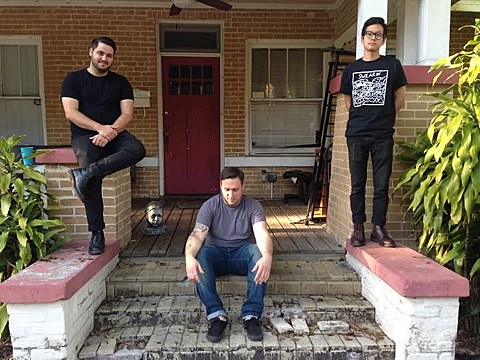 The last record from Tampa's Rescuer, 2013's With Time Comes the Comfort (Rise Records), was melodic hardcore (think Modern Life Is War, Defeater, Comeback Kid), but they've changed things up for its followup, Anxiety Answering, which comes out on June 3 via new label home No Sleep. Not to say they aren't still a heavy band, but they've toned down the thick, aggressive riffs in favor of the type of contemporary post-hardcore/screamo made by Touche Amore, Pianos Become the Teeth, and others of that style. They've expanded their sound to include greater dynamic variety and prettier, more complex guitar parts, and have done so without sacrificing the sheer power of their earlier work. The production is nicer here too, courtesy of Jack Shirley, whose work with Deafheaven, State Faults, Frameworks and others proves he's got a pretty good knack for this sort of thing.

You can get your first taste of the album from its first single, "Out of Focus," which features Andy Nicholl (of Frameworks) and his wife Madeline, and premieres in this post. If you were to turn the song off after 30 seconds, you might think you just got your hands on a Floral Green b-side, but then busy drumming and harsh vocals enter, taking the song for a complete 180. Here's what vocalist JP Marra had to say about it:

"Out of Focus" is about growing apart from the people that you grew up with. My favorite thing about this song is that our friends Andy (of Frameworks) and Madeline Nicholl drove down from their wedding in Seattle and recorded some vocal parts on this song. It's like our weird wedding gift to them.

Check it out, along with the Anxiety Answering artwork and tracklist, below...

Rescuer - "Out of Focus" 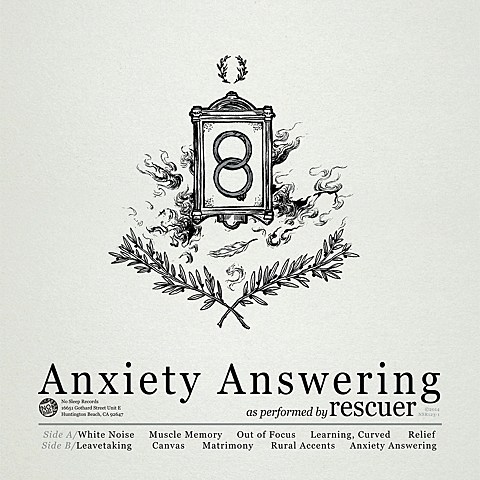