As you may know, every issue of Matthew Rosenberg and Tyler Boss' "post-apocalyptic coming-of-age" comic book series What's the Furthest Place From Here? comes with a split 7". The first one featured Jawbreaker's Blake Schwarzenbach and Joyce Manor with original songs by each, and the second had Screaming Females and Worriers covering The Selecter and Mission of Burma, respectively. The third issue is due February 2 (pre-order from Image Comics) and this one features two Philly bands, Restorations and Nothing. Restorations' contribution is a cover of R.E.M.'s classic "Radio Free Europe," and they do justice to the song while also putting their own atmospheric heartland punk spin on it. Their cover premieres in this post and you can hear it below. Nothing's cover is of Big Star's "Holocaust."

Restorations also recently revealed that they're writing a new record. 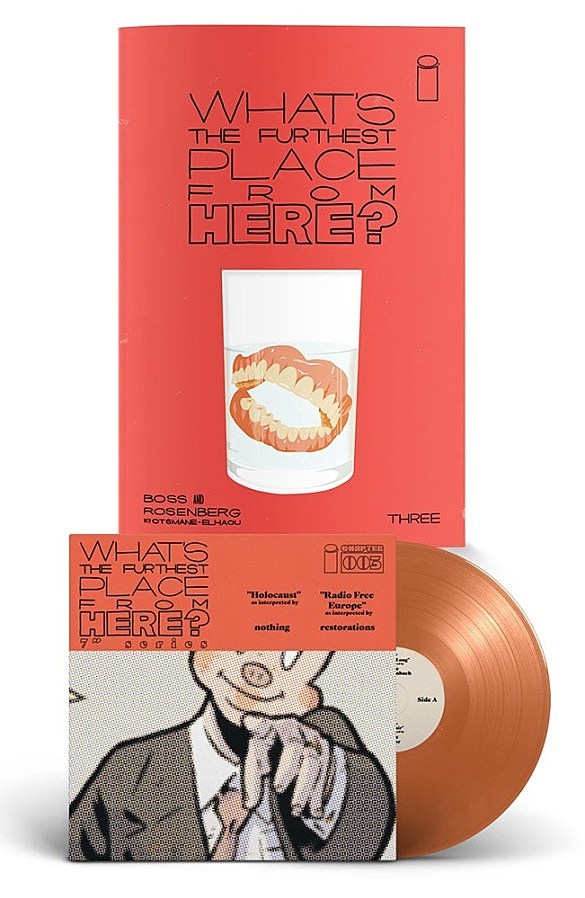