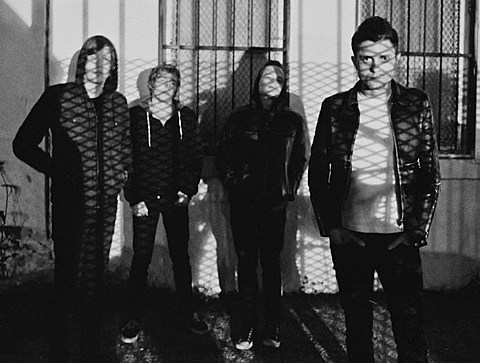 Retox, the new project of The Locust's Justin Pearson, are set to release their second album, YPLL, on May 7 via their new home, Epitaph. The two singles the band have revealed from the new album so far, "Mature Science" and "Congratulations, You Are Good Enough," are dirty, in-your-face punk rock with no shame, no holding back, and a bit of an art rock mentality. They're more accessible than their grindcore-inspired debut but not because they've sacrificed any of the raw power. Watch the videos for both of those tracks below.

Retox will also be supporting the new album with a tour this May. That tour hits NYC for shows on May 16 at The Acheron (57 Waterbury St. in Brooklyn) and May 17 at Pianos with Tinsel Teeth. Tickets for the Acheron show and the Pianos show are on sale now.

All dates are listed, along with those videos, below...