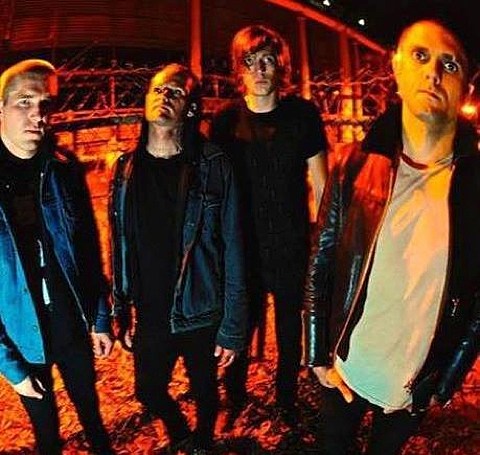 Retox, the ripping punk project of The Locust's Justin Pearson, and heavy noise rockers Whores are set to hit the road together in eearly 2015. That excellent double bill hits NYC on February 21 at Saint Vitus. TIckets for that show go on sale at noon on Friday (12/12). All dates are listed below.

Earlier this month, Retox released with a split with Narrows (the current band of Botch vocalist Dave Verellen) and you can stream a contribution from each, below. Speaking of Botch, bassist Brian Cook recently spoke to Noisey about the possibility of a reunion and said "I have always said 'never,' but I have now been instructed by the other dudes in the band to stop saying that." "I won't say never anymore," he continued. Well that's something! Fingers crossed.

Another of Brian's defunct bands, These Arms Are Snakes (which also featured Ryan Frederiksen of Narrows), also recently unearthed a cover of Lost Sounds' "Energy Drink And The Long Walk Home" on a split with The Coathangers. You can stream that, and The Coathangers' cover of The Gun Club's "Sex Beat" from the split, below too.

Retox - "This Should Hurt A Little Bit"