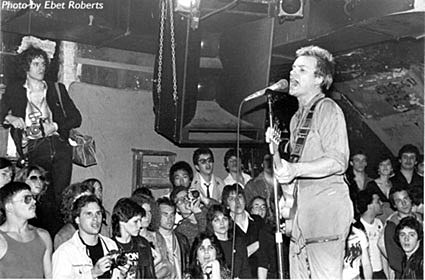 "The Police will rehearse for their upcoming reunion tour at Lions Gate Studios in Vancouver, according to reports today (Jan. 25) by the city's classic rock radio station, CFMI. Details of the summer trek, the band's first in more than two decades, will be announced next month. In addition, the Police are strongly rumored to be performing as part of the opening segment of the Grammy telecast on Feb. 11...." [Billboard]

Everyone also seems to think/hope the Police might play Coachella and/or Bonnaroo. It didn't help matters when the Coachella presale password ended up being "Roxanne". So far they aren't playing Coachella. If they did - are they enough to get you to go to the festival? Or are the reunions of Rage Against the Machine, Crowded House, and Jesus & Mary Chain good enough? Or is it all about Arcade Fire, Bjork, and Mika (yes, he's playing too)?

How bad would you want to go to a 2nd Jesus & Mary Chain show?

Are you more psyched for Dio (Black Sabbath) or David Lee Roth (Van Halen)? I'm a little scared to see David Lee Roth get on stage actually, and I'll probably keep my Black Sabbath Ozzy style. I think I'll leave Dio to the D too:

Did I mention the new Wu-Tang Clan album?

What about a new Dinosaur Jr album?