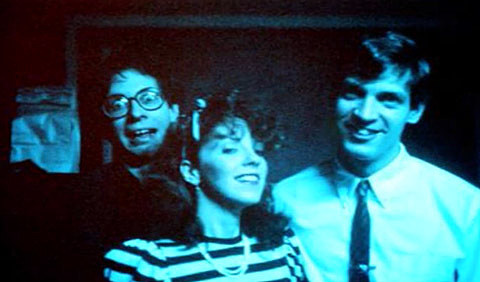 The band began when art school students Dale Feliciello, Mallory Yago and Michael Zodorozny became intrigued by punk music and performance art. They began to experiment with crude electronics and off beat writing, and the raw homemade electronic sounds they created became the vocabulary of the band's music.

CCIS released "Cakes in the Home" a seven inch vinyl single on Go Go Records in 1979, followed by the twelve inch "Signals From Pier Thirteen" in 1981. The latter contained the club hits "Cardboard Lamb" and "Flying Turns". At that time CCIS performed in clubs and galleries in New York City and Philadelphia, including Hurrah, The Hot Club, and CBGB.

If you're unfamiliar, check out some tracks by the band below. Xeno & Oaklander's slinky goth-inflected synth pop provides the perfect opening soundtrack for the night, and tickets are still available.

Stream some tracks by the Philadelphia band below.