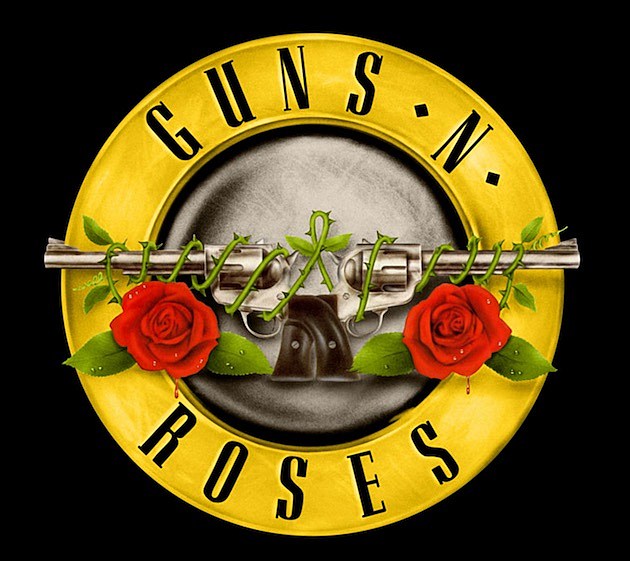 The Guns n' Roses reunion rumors may soon officially be confirmed, as Billboard is reporting -- via "multiple sources" -- that an incarnation of the band featuring founding members Axl Rose and Slash will be playing both weekends of Coachella 2016. Billboard also hears that they'll be touring football stadiums in 2016, "asking as much as $3 million per show, with tickets topping out in the $250-$275 range."

There has been no word from the GN'R, this comes after a couple other developments. Some movie theater audiences who went to see Star Wars: The Force Awakens may have seen pre-show footage of an audience with GN'R music over top, and the band's official website landing page now has the classic logo of two guns intertwined with roses. (That's it above.) Stay tuned.