The great Los Crudos have returned to the stage off and on since initially splitting in 1998, most recently in Chicago for a pair of shows (pics/review). Now comes word that "That Spic Band" will return from slumber yet again to play Chaos in Tejas, their first appearance at the festival since 2008. The band is scheduled to play one more US date, the This is Not A Step festival in the Bay Area on June 28 - 30 happening at and benefiting DIY space 924 Gilman, featuring The Body, Iron Lung, No Statik, Talk is Poison and more.

Los Crudos recently played a string of dates in South America in addition to that doubleheader in Chicago in March 2nd. Check out video of full sets from both shows, along with a video of their 2008 appearance at Chaos in Tejas, below. 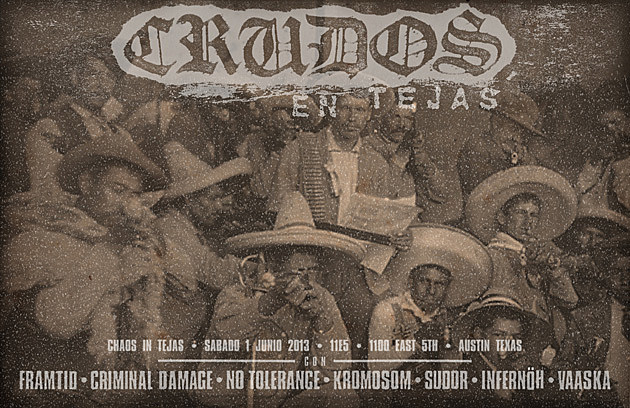