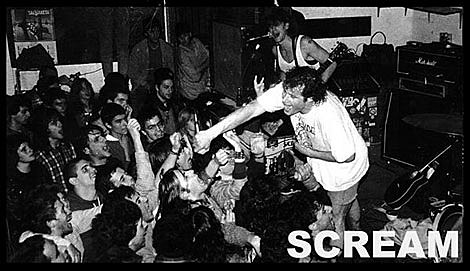 Scream was formed in Northern Virginia in 1981 by singer Peter Stahl, his brother Franz Stahl on guitar, bassist Skeeter Thompson and drummer Kent Stax. They are considered one of the benchmark bands in the history of the Washington, D.C. hardcore music movement. Along with bands such as Minor Threat and Government Issue, Scream ultimately merged the attributes of the movement, which were blinding speed, heavy political and social connotations in the lyrics, unpretentiousness of attitude, and shunning of commercialism...

For their second album Scream added another guitarist to their line-up, Robert Lee "Harley" Davidson, (a veteran of the local heavy metal band Tyrant, who later became know as Saint Vitus), to thicken up the sound in the studio and in their live performances.

After the 3rd album Banging the Drum, Kent Stax left the band for personal reasons and was replaced by local drummer Dave Grohl, who then played on Scream's 4th album No More Censorship... Scream then recorded their 5th and final studio album Fumble, (which was much later released in 1993 on Dischord Records) and then called it quits in late 1990. Pete and Franz moved to North Hollywood and gave rock a major-label shot with the band Wool, while Grohl joined Nirvana... In 1997, Franz Stahl joined Dave Grohl's newly formed group, the commercially successful Foo Fighters, for a two year stint. During this time Pete Stahl [continued] to record albums with several bands, including the Earthings? and Goatsnake.

Goatsnake reunited at Roadburn. Scream reunited late last year for a DC show at Black Cat (co-owned by Dave Grohl), and will be in NYC to play the Knitting Factory on July 2nd with Lionize (mem Clutch). Tickets are on sale.

Two days later, on Independence Day, Scream will take part in the 41st Annual Smoke In at the National Mall in Washington DC. The flyer for that, with Some videos from the Scream reunion (with Brian Baker of Minor Threat/Dag Nasty/Bad Religion) at Black Cat are below... 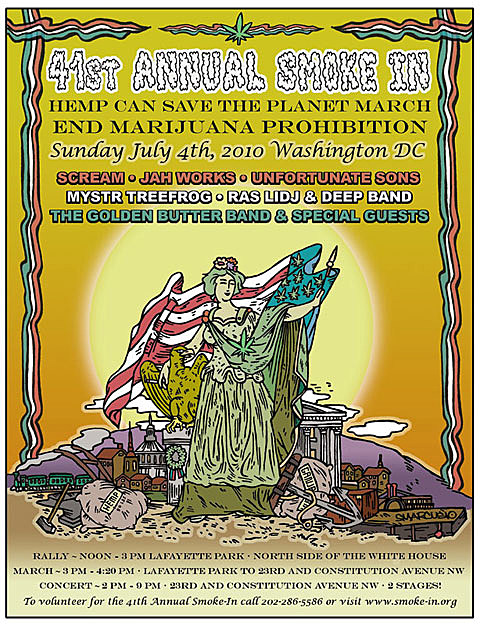