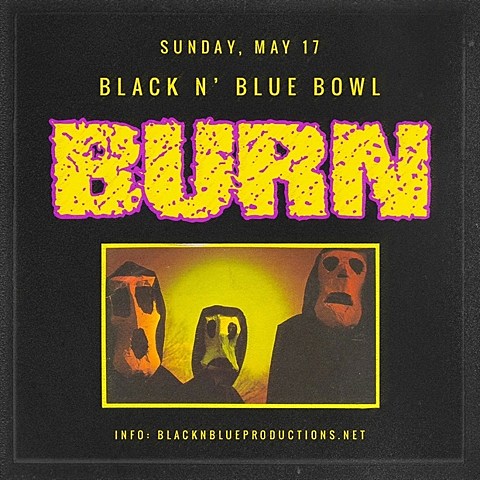 Gavin [Van Vlack]: Everything is very instantaneous now, and you can access almost anything with the flick of a finger. Not to sound pretentious, but there's a craftsmanship that goes into songwriting and the performance, and that's what separated Burn from other bands. We crafted our songs differently than other people did theirs. Everything; from the way we dressed, to even our social conscience was just our own.

Chaka [Malik]: Plus hardcore itself just lets you express emotions and feeling that otherwise maybe aren't safe to display or even access.

Gavin: This whole thing is a catharsis; for the band and those coming to the show. For someone, this is going to be their first Burn show...maybe their first hardcore show, and I don't want to let them down.

Chaka: I want whoever's there to have something to remember...something to take away. With the other bands playing, I'll partake on the other side of that window. It's a transaction for everybody. [Noisey]

Back in February, NYC hardcore festival Black N' Blue Bowl (happening 5/16-17 at Webster Hall) announced what was supposedly the full 2015 lineup, but it turns out one more band was added: Revelation Records vets Burn.

Burn put out their now-classic self-titled EP on Rev back in 1990, then split a few years later before regrouping to release its followup, Cleanse, in 2001 on Equal Vision. The following year they put out their previously-unreleased 1992 demo Last Great Sea on Revelation, and soon after disbanded once again. Now original vocalist Chaka Malik (also of Orange 9mm) and guitarist Gavin Van Vlack (also of the previously-reunited Absolution, as well as The Big Collapse, Die 116 and Pry) teamed up with bassist Manuel Carrero (who played on Cleanse) and drummer Durijah Lang -- who are both current Glassjaw members -- to reunite for Black N' Blue Bowl. According to the Noisey interview quoted above, they're not sure if this will be their only show back or not, so catch them while you can.

Burn play the Sunday (5/17) with Crumbsuckers, Sick Of It All, Dave Smalley and more. The Saturday (5/16) lineup has Madball, Earth Crisis, The Regulators (mems Bad Brains, Cro-Mags) and more. Tickets for each day, and 2-day passes, are still available. 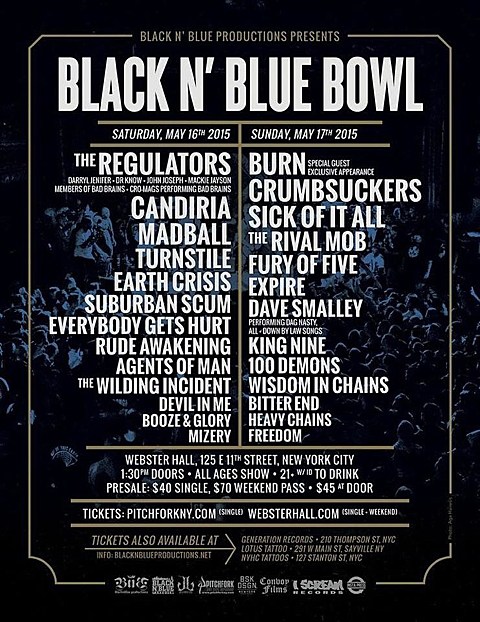