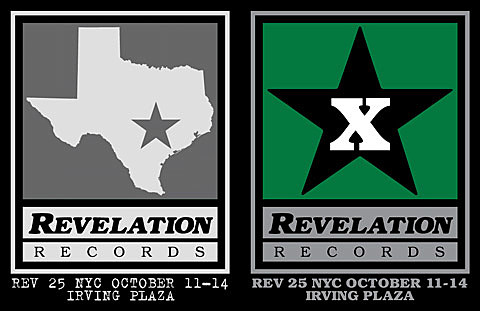 The previously discussed dates (10/11 - 10/14) for the Revelation Records 25h Anniversary show have been confirmed publicly by the label who has now released a second flyer. The first was the one with the "X" that we posted about 6/17 (which went up on the Revelation site the next day) and now we have this second flyer which clearly points out the state of Texas. Can we look forward to Chain of Strength with Texas is The Reason? Seems alot more likely than Quicksand.

UPDATE: Looks like Into Another is on board, from the looks of the flyer below (that came from the Revelation Records website). 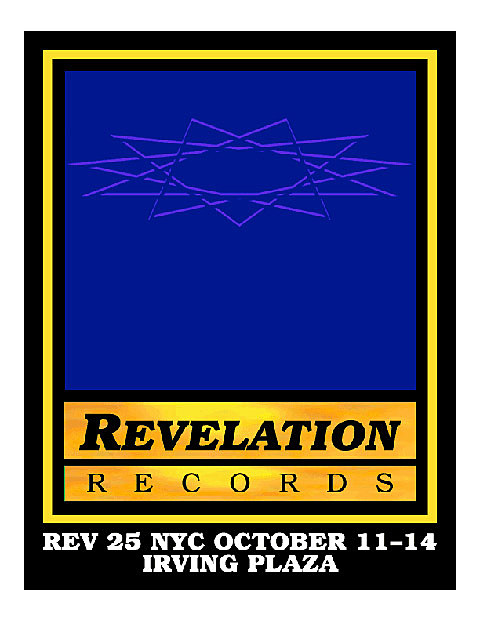 Filed Under: Chain of Strength, Into Another, Irving Plaza, Quicksand, Revelation Records, Texas is the Reason
Categories: Heavy Metal News, Music News, tour dates
Comments
Leave A Comment
Back To Top
Gathering of the Juggalos 2021 in (NSFW) pictures
Get Nuclear Assault’s 1989 thrash classic ‘Handle with Care’ on limited blu…
Indie Basement (9/17): the week in classic indie, college rock, and more
Hundreds of AU release new EP ‘A Briefing on the Human Condition’ (listen)
Vancouver post-punks ACTORS prep ‘Act of Worship’ (watch the “Cold Eyes” vi…
Somerset Thrower made a video for “Lucky You,” playing shows with I Am The …
Moor Mother, Carcass, Lil Nas X, more