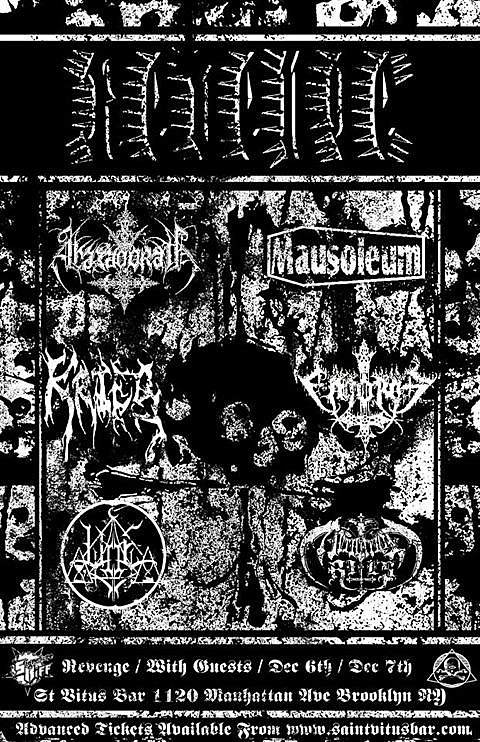 The Canadian war metal band Revenge has announced an exclusive two-night stand at Saint Vitus Bar on December 6 & 7. Details are still emerging, but it appears that Woe, Mutilation Rites, and Mausoleum will be among the supporting acts.

Though Revenge is a taxing listen even by extreme metal standards, they've become bizarrely popular over the past few years, culminating in a record deal from the international metal label Season of Mist and a triumphant set at this year's Maryland Deathfest.

Stream a Revenge track below.