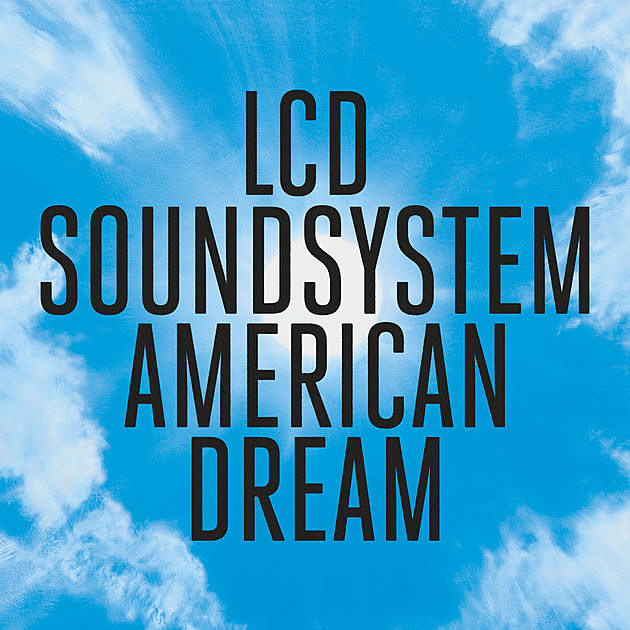 Well here we are. Seven years after releasing This is Happening, six years since their "farewell" show at Madison Square Garden, five years since the documentary / concert film about the MSG show, three years since the "Long Goodbye" MSG live album, two years since James Murphy opened a wine bar in Williamsburg, released a Christmas song and announced the band was getting back together, a year or so since playing their first reunion shows and announcing they were going to make a new album, months since their first of what will be 22 Brooklyn Steel shows, playing new songs on Saturday Night Live, and weeks since sharing the cover art that not many people seem too jazzed about... the time has come. LCD Soundsystem's new album American Dream is out. You can listen to the whole thing below.

Some people are still mad they they're back together at all, after all the MSG fuss. ("For the rest of my life, no matter what happens in this band, we’ll never 'break up' again," Murphy told Vulture, lesson apparently learned. "One day we’ll just stop making music, but no one is going to say a fucking word about it ahead of time.") But really all that matters is: American Dream any good? Yes, it is. In fact it's very good.

In some ways it's business as usual. Murphy has always proudly worn his influences on his sleeve, and they're all still on display here. You can hear Joy Division and New Order (and Martin Hannet's production style) in the drums on "How Do You Sleep," the noisy guitar solo in on "I Used To," the cascading synths on album-opener "Oh Baby" (by way of Suicide), and the two-chord structure and guitar lines of "Call the Police." You can hear Bowie in the vocals and skronky guitar on "Change Yr Mind," and he's the subject of touching closing track "Black Screen." Eno and Talking Heads rear their heads again on "Other Voices" which is as close as American Dream comes to treading water. But Murphy, who plays about 80% of everything heard on American Dream, has always been able to make it his own, tweaking expectations, mixing styles. Sometimes it's just his own distinctive vocals that are needed to pull it into LCD Soundsystem territory.

Murphy also has a certain method of building songs that rarely adhere to verse/chorus/verse format, instead starting a riff, adding layers, and often holding out on the killer bit till halfway through the song. The nine-minute "How Do You Sleep?" is a good example of that, starting gothy and starkly tribal, gradually upping the tension, until finally exploding at the five minute mark into a full-on dance jam. It's maybe the single most awesome moment on the album. Elswhere: He takes Big '80s drums and adds muted bass for the slinky, sexy "I Used To," and uses fat sounding synth stabs straight out of a Belgian disco circa 1988 for the infectious current single "Tonite." Even "Other Voices" sounds great, even if it veers dangerously close to "Once in a Lifetime." Listening on headphones reveals all sorts of clever touches. It makes for good walking around music.

Lyrically, there is no doubt we are in darker, sadder territory. The sardonic aging hipster of "Losing My Edge," quick with the joke, is now pushing 50, and these days more inclined to muse on his own mortality than fire off quips. When quips are fired, they tend to go pitch-black, like on "Tonite." "Yeah all the hits are saying the same thing / there’s only tonite tonite tonite tonite / man, life is finite / but, shit it feels like forever." Loss is everywhere on this album, be it love ("Oh Baby"),  a down-in-flames friendship (the very bitter "How Do You Sleep?"), youth (the title track), and, again, the touching, regret-tinged Bowie tribute "Black Screen."

"Tonite" is probably the most quintessential LCD track on the album, dancey with stream-of-consciousness style ranting, loads of quotable lines, and just a dash of the Fall (it doesn't get more Mark E Smith than "sent to parry the cocksure mem-stick filth"). The other classic-style song here is "Emotional Haircut," with its shouted chorus and finale that has the band really cutting loose and rocking out -- though lyrically it's less jokey than it first seems.

"Call the Police" and "American Dream," the first two songs we heard from the record, seem like the square pegs here; the former designed as the hit (and judging by crowd reactions I've seen, mission accomplished), and the latter somewhat in the "NY I Love You" mold. Both, though, fit in pretty well between "Tonight" and "Emotional Haircut." They're also paired with "Tonite" on Side 3 of the two-disc vinyl set, plopping all the singles in one go. Lyrically, though, it's all part of the theme. "We all know this is nothing" is a funny line to sing along to at festivals.

Speaking of nothing: nothing is going to top Sounds of Silver, and nothing here is as perfect as "All My Friends" or "Someone Great" (those are hard to top), but there's also nothing as minor as This is Happening's "Drunk Girls" or "One Touch." Where exactly it shakes out in their discography is too soon to say, and whether this will be their last album or not, American Dream earns its existence with "Tonite," "I Used To," "How Do You Sleep?" and "Emotional Haircut" alone. It would've been welcome in 2013, though chances are we might not have gotten something this good then. As for the cover art, given the lyrical themes of age and disillusionment, perhaps it is perfect -- a bit of that dark irony shining down from above the clouds.