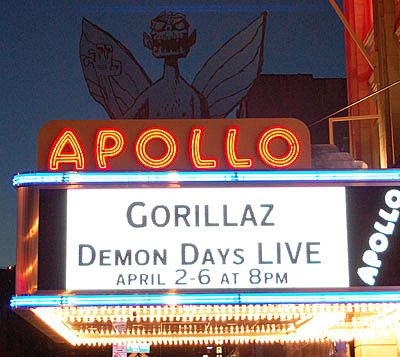 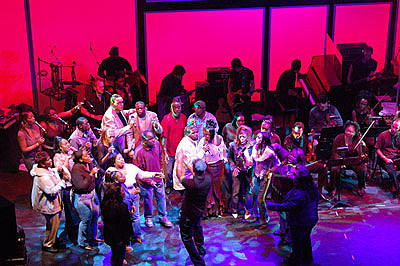 Although the visuals would've been awesome to complete the package, Damon followed through with his promise and put on a spectacular show. MF Doom wasn't able to make it there in person or on screen but only in audio. The encore of Que pasa contigo also wasn't there, I was definitely sad about that. Other than that, the show was great! Without the visuals up and running, I was able to concentrate on watching the band and really get into the groove with everyone else in the theater. It was definitely worth the cross country trip to be part of this unforgettable experience. Thanks Damon and Jamie for everything! 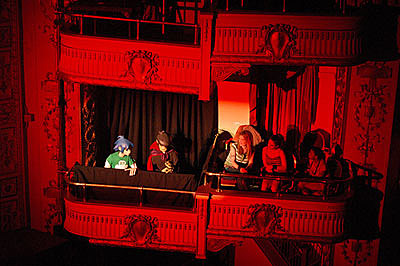 .... it started an hour late because they were having some technical difficulties (so says Damon when he addressed the crowd before the show started).... de la soul were great ... they did one encore piece (hong kong). Hopefully the rest of the shows go a little smoother.

All photos from slothsarefunny's Flickr. Reviews from the Gorillaz news LiveJournal