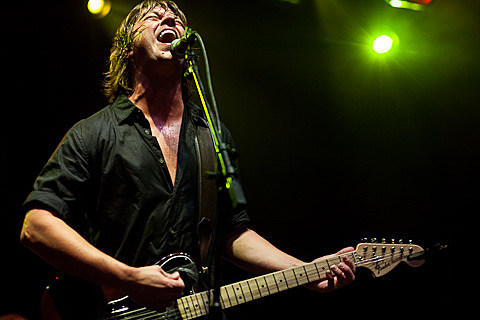 Rhett Miller has only a sprinkle of dates scheduled from now until the early portion of 2013, but that does include a stop on January 9th, 2013 at City Winery. Tickets are on sale for the NYC show and for a December show at City Winery in Chicago. Rehtt Miller recently celebrated the 15th anniversary of Too Far to Care with his band The Old 97s on tour and at Music Hall of Williamsburg and Webster Hall.

The hits at City Winery continue with Polaris Shortlister Kathleen Edwards. Edwards will spend the tail end of this year in Europe, travelling the first half of December in the UK, Scandanavia and beyond. The US gets very little love at the moment, but there are two NYC dates scheduled in the tail-end part of January so far. Look for the Canadian songwriter on 1/30 and 1/31. Tickets are on sale.

And last, but certainly not least, Alejandro Escovedo also has a limited number of East Coast dates scheduled as well. Dates in Texas dominate his schedule thus far but a stop in Evanston, IL for New Year's Eve and City Winery in NYC are in the crosshairs, with 1/18 and 1/19 scheduled for the guitarist. Tickets are on sale.

Other tour dates and some videos below.