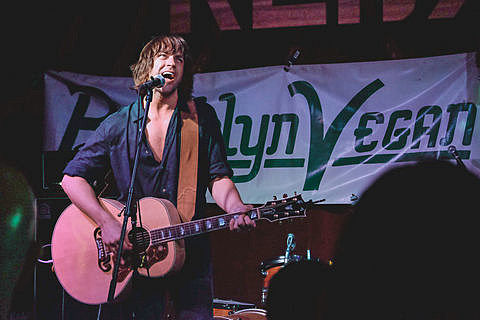 Old 97's frontman Rhett Miller is releasing a new solo album called The Traveler on May 12 via ATO. For the recording, he was backed by Black Prairie (aka most of The Decemberists except Colin Meloy), and the record also features guitar work from R.E.M.'s Peter Buck and Scott McCaughey. You can get a taste from the folk-rockin' single "Most In The Summertime," below.

Rhett's also got a tour coming up that runs from late April though late June. That tour has him in NYC on June 24 at City Winery. Tickets for that show are on presale to VinoFile members now. General on-sale starts soon.