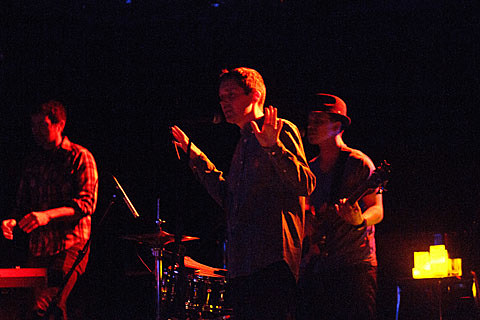 One of the artists I was excited to see at SXSW, but unfortunately never caught any of their sets was Rhye. But thankfully, I made up for that by catching them when their tour swung through NYC last night (4/17) for a sold out show at Le Poisson Rouge. For a group who was once a mysterious duo seemingly doing the whole neo-R&B thing, it was easy to get cynical about them in an "oh great, another one of these guys" kind of way, but that's not what Rhye is doing at all. Live, they are in fact a very personable 6-piece (strings, horns, keys, bass, and live drums included), and last night's candlelit, seated show at Le Poisson Rouge was the perfect environment.

Not that "genre" is very important, but since we're talking about R&B, Rhye really aren't that at all. They gain lots deserved of comparisons to the smooth pop of Sade, and it was initially a little shocking to see how easily singer Milosh pulled off those falsettos live. He had the crowd cheering after the first line he sung. And his vocal skills are matched by his technically proficient band, who often broke out into jazz fusion jams. Those included '80s-style trombone solos, smooth piano lines, and an extremely talented drummer, who worked fusion solos into indie pop songs not unlike the two skins players in Polica. If it sounds a little cheesy, well it was a little cheesy (but not any more so than Destroyer's Kaputt or Bon Iver's "Beth/Rest"), but the songs are so beautiful that it's hard to deny the not-so-guilty pleasure parts. And the crowd agreed, continuing to cheer during and after songs throughout the whole set, not something that always happens at a hyped band's first NYC show.

Check out a couple more pictures from last night and a recent SOHN remix of Rhye's "Open" below... 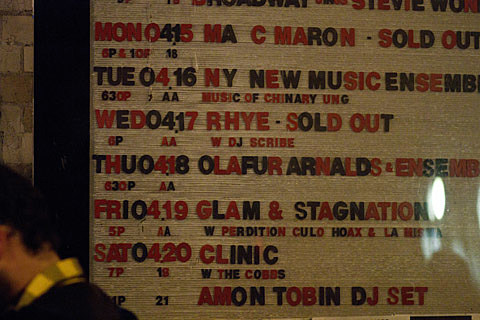 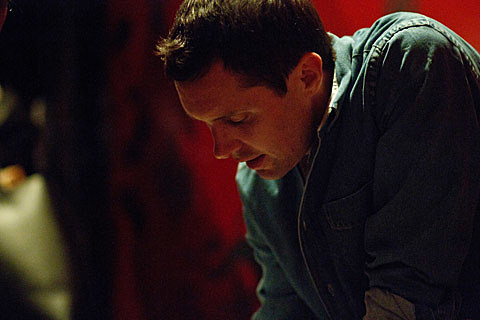