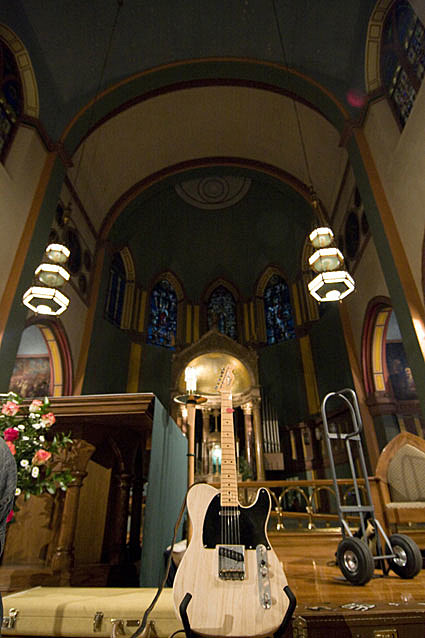 Next, composer Rhys Chatham and section leaders John King, Ned Sublette, David Daniell, and Seth Olinsky (Akron/Family) lead an oversized orchestra of 200 volunteer guitarists and electric bassists in the world premiere of A Crimson Grail for 200 Electric Guitars (Outdoor Version) performed not on the Bandshell stage but along the sides of the audience at Damrosch Park, to heighten the work's polyphonic effect. The work, originally composed for Paris' famed Sacré-Coeur, has been extensively revised to suit the dynamics of the Park's outdoor acoustic.

That description describes 1/3 of tonight's free show called "Wordless Music: 800 Years of Minimalism - The Spiritual Transcendent" at Damrosch Park (August 15) (part of the Lincoln Center Out of Doors series). Last night there was a rehearsal at the St. Paul of the Apostle church at 60th and Columbus. Jason stopped by and took a few pictures... 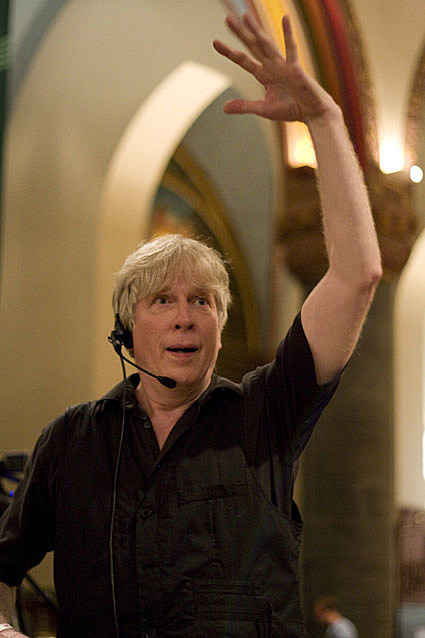 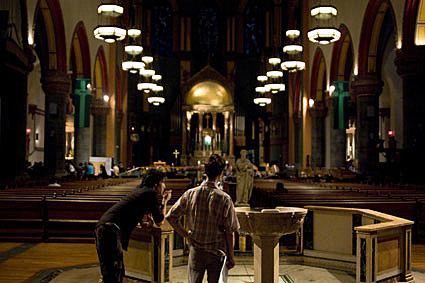 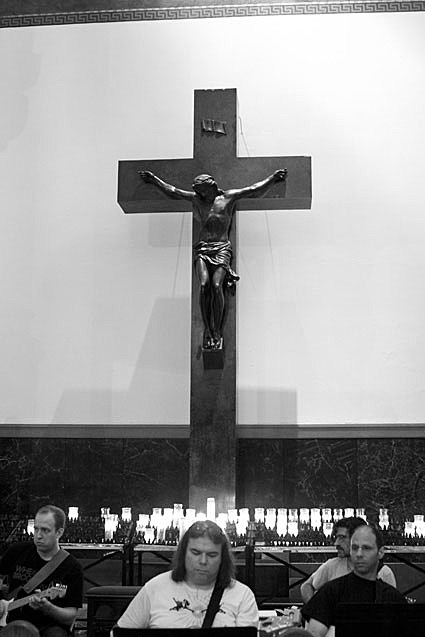 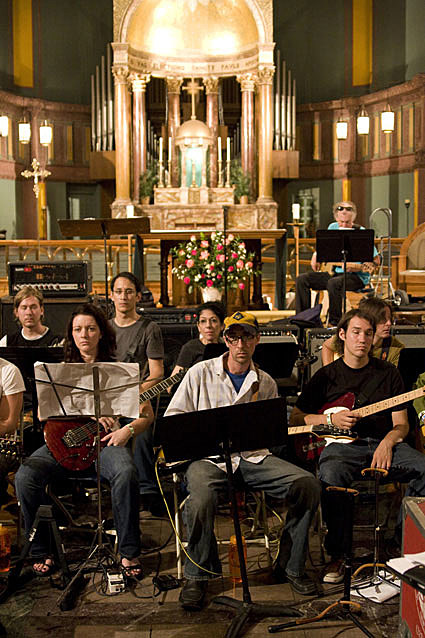 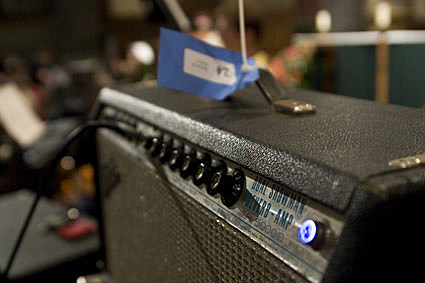 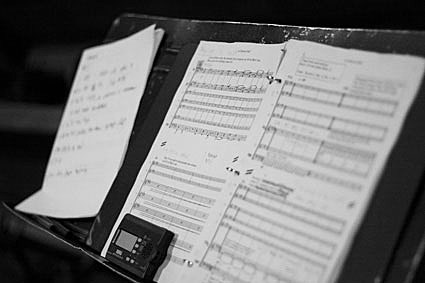 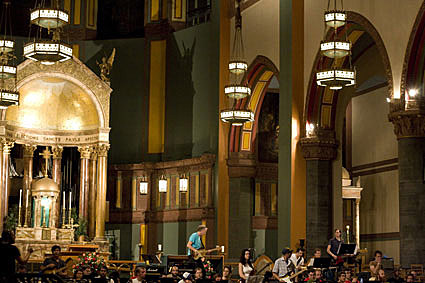 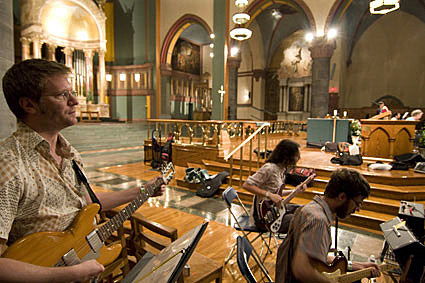 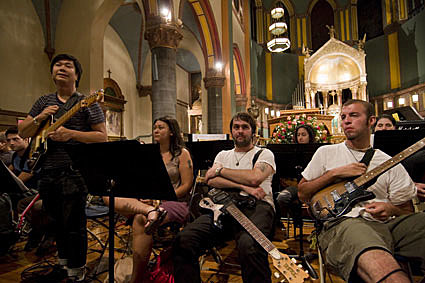 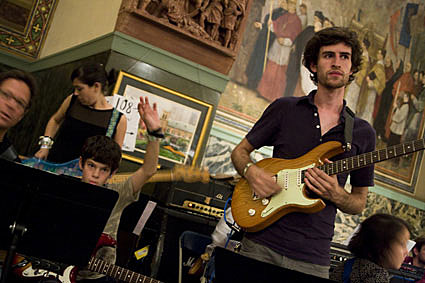 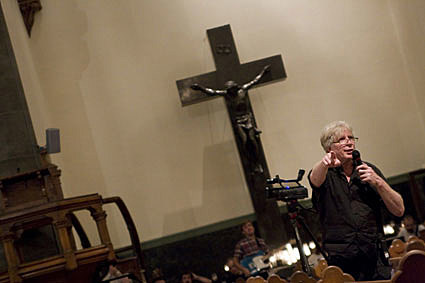 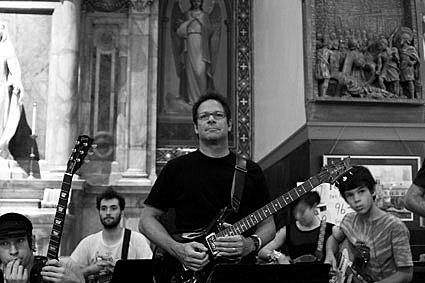 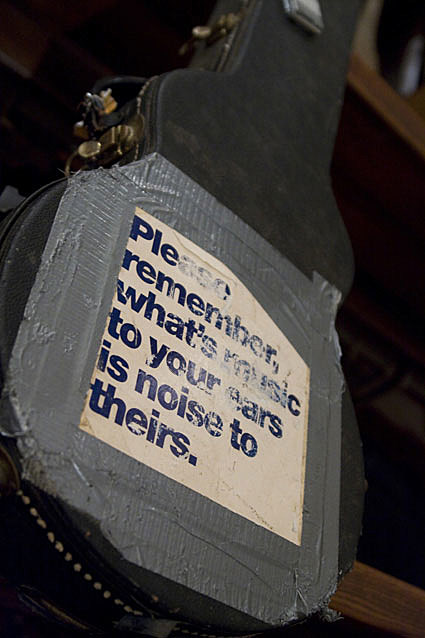 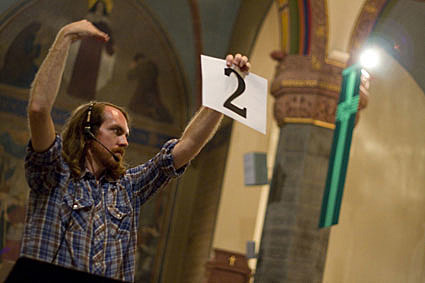 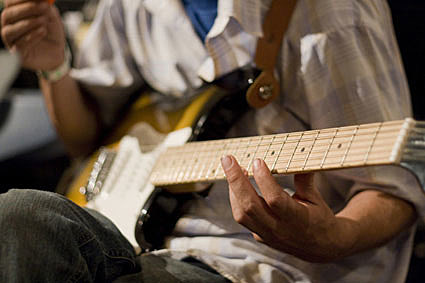 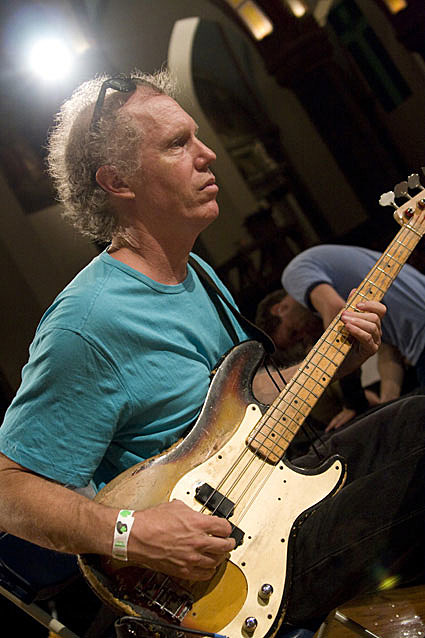 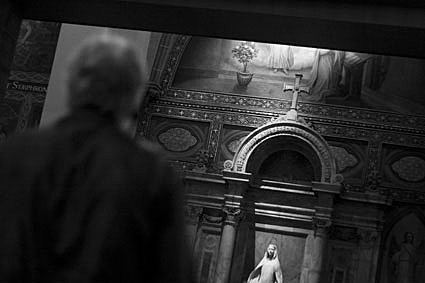 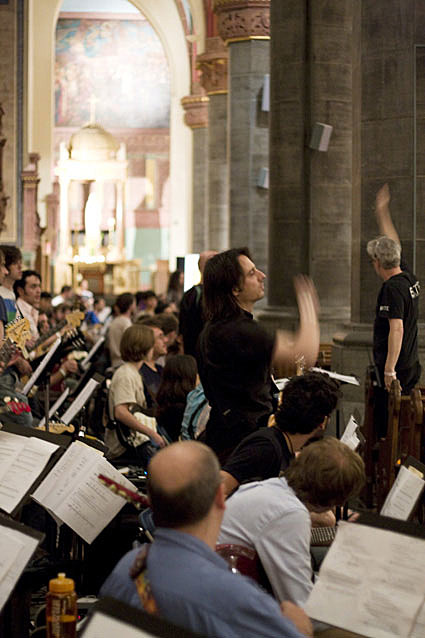 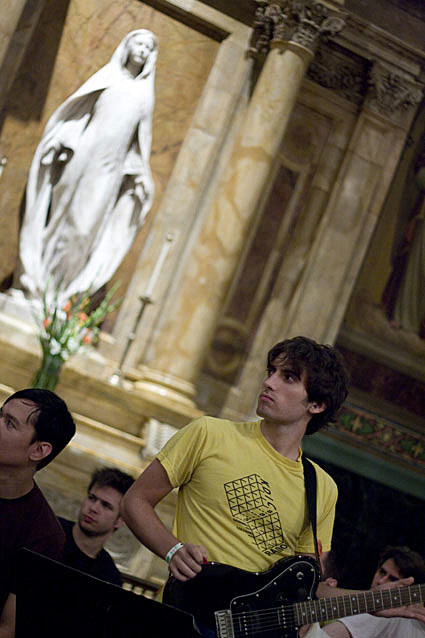 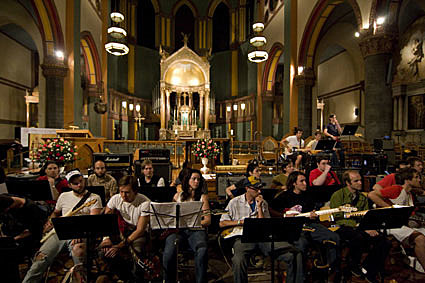 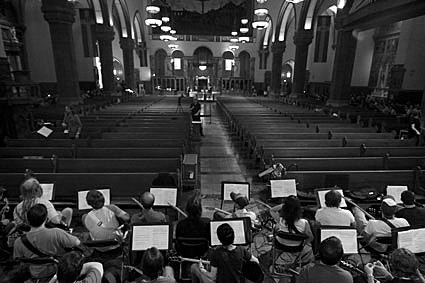 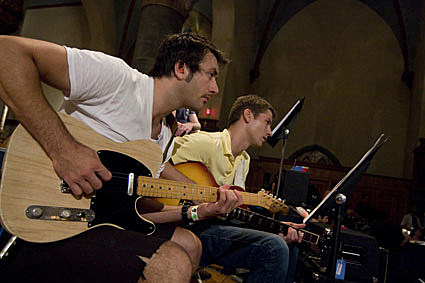 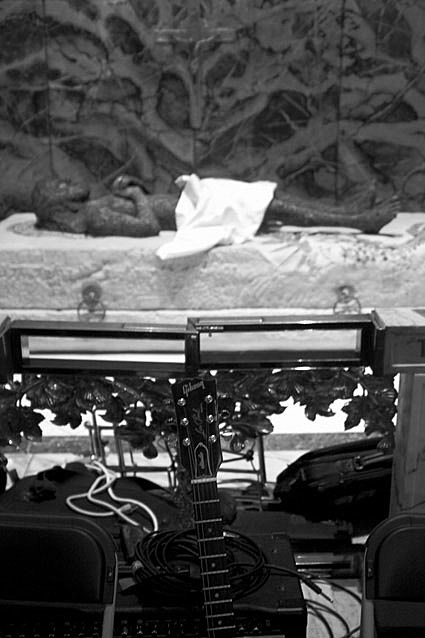 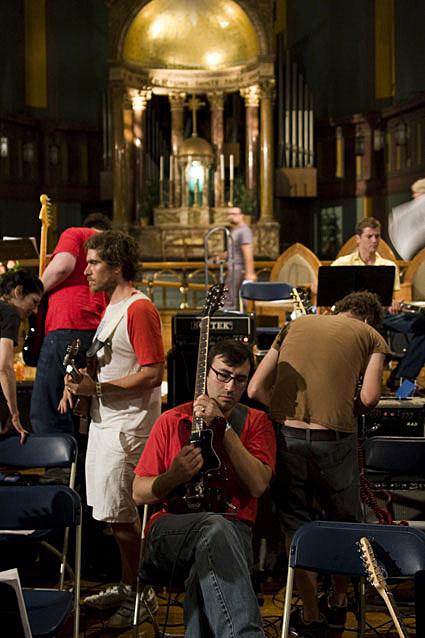