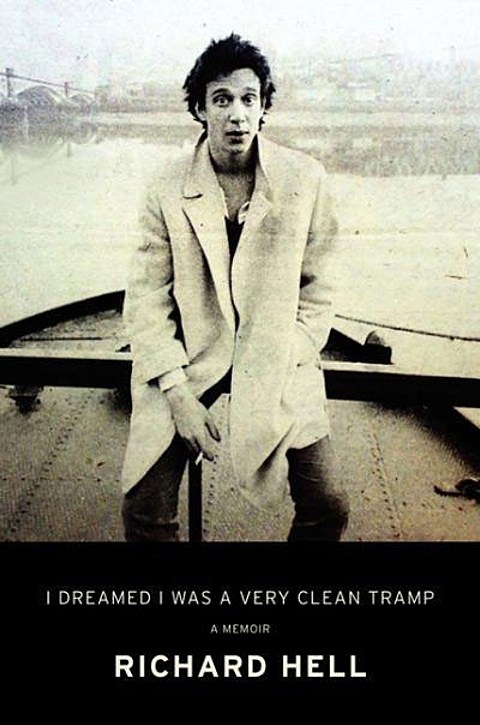 NYC punk legend Richard Hell is celebrating the paperback release of his autobiography I Dreamed I Was A Very Clean Tramp this month with some live talks/interviews. He was already interviewed by Robert Christgau in Brooklyn a few weeks ago, and this week he will be at Strand Books on Thursday (3/20), reading an excerpt from his book and then being interviewed by NYU professor Bryan Waterman (who wrote the 33 1/3 volume for Television's Marquee Moon). You have to buy a copy of his book from Strand or a $15 Strand gift card to attend.

Then on Saturday (3/22) at NYU, Pitchfork's Brandon Stosuy will interview Hell at 7 PM in the Great Hall at Cooper Union. That's followed by a panel with writer Vivien Goldman, feminist punk icon Kathleen Hanna (Bikini Kill, Le Tigre, The Julie Ruin), and singer Tamar Kali. Admission is at at 6:30 for conference attendees, and at 7:00 for the general public, as space allows.

UPDATE: Both of those Richard Hell events are part of 'Punk at 40,' which also includes Bryan Waterman presenting a Marquee Moon edition of 'Classic Album Sundays at Output on Sunday (3/23). Tickets are on sale.

Not exactly a punk legend himself, but a Marky Ramone collaborator, Andrew WK will also be at Strand Books on May 22 with Phillip Crandall, author of the 33 1/3 volume for AWK's I Get Wet. More info TBA.

In more '70s-era punk news, Sex Pistols bassist Glen Matlock and New York Dolls guitarist Sylvain Sylvain already brought their amazingly named 'Sex Doll Tour' to NYC once earlier this month, and they've since tacked on another NYC show to the end of the tour happening on March 31 at Grand Victory. Tickets for that show are on sale now. Tour flyer with all dates and the flyer for the Grand Victory show, below.

Australian '70s punk vet Deniz Tek (of Radio Birdman) joins forces with The Dream Syndicate's Steve Wynn and his band The Miracle 3 for a show on May 29 at Bowery Electric. Also on that bill is Nikki Corvette and Palmyra Delran. Tickets are on sale now. Deniz also plays NJ's Brighton Bar the next day (5/30) before his TBA European tour.

There's another show at Bowery Electric on May 10 with CJ Ramone (who was a Ramone from '89-'96). He'll be joined by Brass Knuckle Evangelists and The Threads. Tickets are on sale.

Richard Hell and the Voidoids - "Love Comes In Spurts" at CBGB, 1979