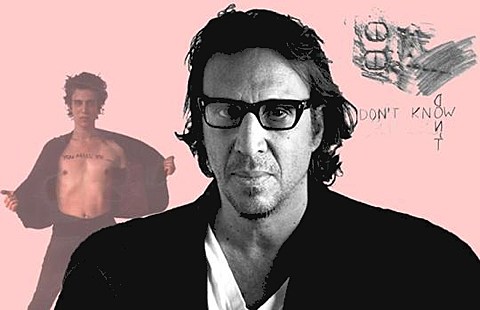 Punk legend Richard Hell still isn't really performing these days, but he's keeping busy in other ways like with his writing and now with a new series where he'll interview an artist and then have them perform. The performances will happen at NYC's Symphony Space (2537 Broadway) in the Thalia Theater with one this month, followed by one in November, December and then in February. Here's what Richard had to say about it:

I'm curating and hosting a series of events at Symphony Space for which I've dragooned one youngish artist per evening to sit still to be interviewed on stage by me before he or she performs. The interviews will be 25-30 minutes and the performances 45-50 minutes (with the exception of Kelly Reichardt's 1:40 movie-projected via celluloid, not digitally, incidentally). These will happen in a beautifully equipped venue, seating only 168. There will be bonuses--surprise supplements to the interviews and some ace giveaways. The main thing though is that all these people are interesting and talented and this is a unique chance to see them so intimately exposed.

The lineups, with commentary from Richard on each artist, are as follows:

First off will be LYDIA LOVELESS,
Fri 17 Oct, 2014
Lydia is the only singer/songwriter the power of whose music and voice consistently makes me cry.

In November ARIANA REINES, Fri 14 Nov, 2014
Ariana is an ever fresh through-and-through true poet who is also funny and challenging and rivets from the stage.
I wrote about her for Bookforum.

Next up, filmmaker KELLY REICHARDT, Thu 4 Dec, 2014
Kelly, the acclaimed director of five features so far will be presenting what I consider her filmic apotheosis to date, the astonishing 2011 Meek's Cutoff, a western unlike any prior, as much like Robert Bresson as John Ford.

Tickets for each one are on sale now.