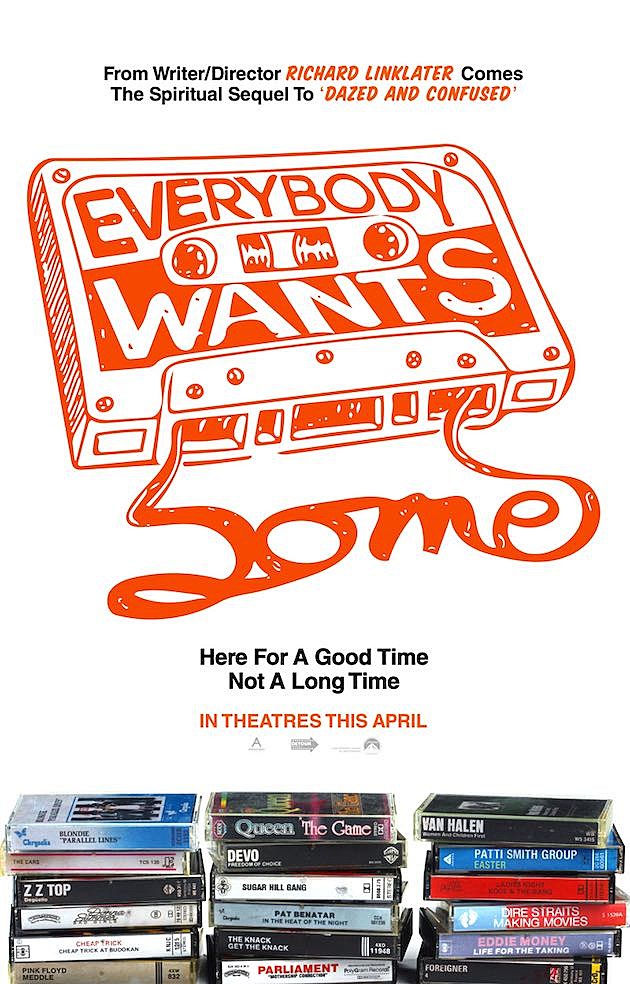 Richard Linklater's 1993 film Dazed and Confused was not a hit when released in theaters, but his coming of age film, set in 1976, has became a stoner/cult classic on video. The then unknown cast (including Ben Affleck, Matthew McConaughey, Parker Posey and more) would go on to bigger things, and Linklater has had a very successful career since. His 2014 film Boyhood was nominated for six Oscars.

Linklater's next film is Everybody Wants Some, set in the world of early '80s college baseball, and he's calling it a "spiritual sequel" to Dazed and Confused. The poster, above, makes that clear and the first trailer for the film has just been released. The comparisons seem apt with lots of beer bongs, regular bongs, fratboy/jock humor and a killer '80s soundtrack (including the Van Halen song for which the movie was named). And if you don't know anyone in the cast...wait five years.

Everybody Wants Some will be relased April 15, 2016. Watch the trailer below.