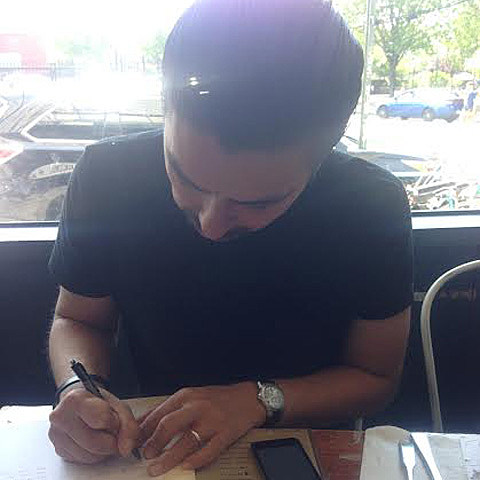 Mystery man Richard Papiercuts was part of noisy NYC band The Chinese Restaurants, who were more whispered about than seen, and has collaborated with Mattin and other autre artists. His solo work blends post-punk, old school rock n' roll, soul and other influences held together with his distinctive melodramatic, on-if-not-over-the-edge vocal style. Outsider art? Maybe, but accessible. His new album, If, is coming out in September via Ever/Never and we've got the premiere of the album's intense opening cut, "How It Really Begins," which you can stream below.