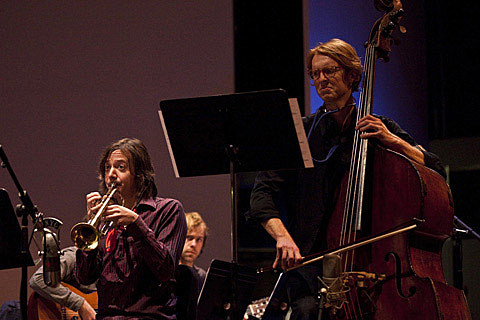 The 2012 Ecstatic Music Festival, which hosted Sxip Shirey and friends one night earlier, continued at Merkin Hall last night with performances by Richard Reed Parry (of the Arcade Fire and Bell Orchestre), Son Lux (aka Ryan Lott), and yMusic, along with special guests Bryce and Aaron Dessner (of the National). As advertised, this happened:

"[Richard Reed Parry] takes on the role of composer, presenting a series of works for yMusic and its members utilizing the organic processes of the human body -- heartbeats and breathing -- to articulate the works' progress. Son Lux will likewise have his yMusic compositions (from their debut album, Beautiful Mechanical) performed, and will also present new arrangements from his album We Are Rising ("shamefully good," Seattle Post-Intelligencer), which used yMusic as source material for its electronic compositions. Parry and Lott will also each write new works that incorporate each other into the process, as vocalists, instrumentalists, or even as providers of source material for the new compositions.

It was also "A New Sounds Live Presentation Hosted by WNYC's John Schaefer" which means it was streamed live and will be archived online if you mised it. and there are pictures in this post.

This Will Destroy You play the Ecstatic show tonight (2/9), or more specifically:

"The unique, "brilliant" (Boston Globe), self-conducted string orchestra A Far Cry joins forces with post-rock powerhouse This Will Destroy You and renowned composer Christopher Tignor, with his band, Slow Six, for an evening of music that is large-scale in every sense."

Pictures from last night with a video that was made before the show, below... 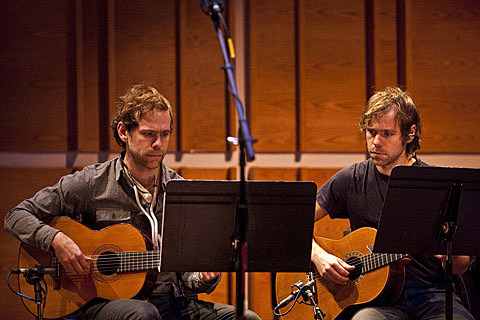 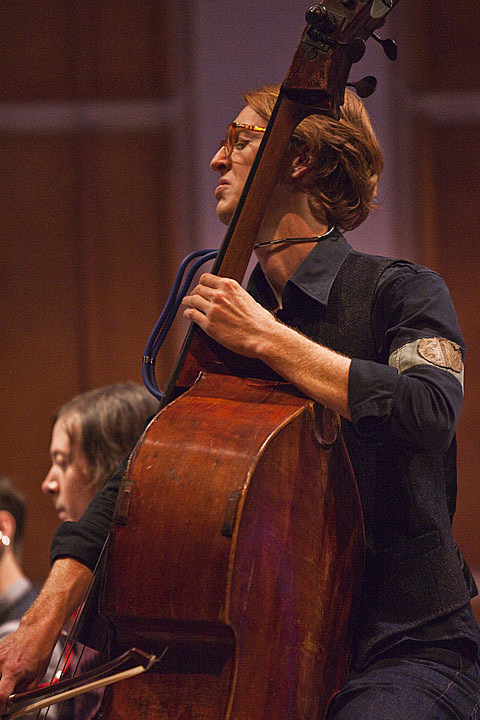 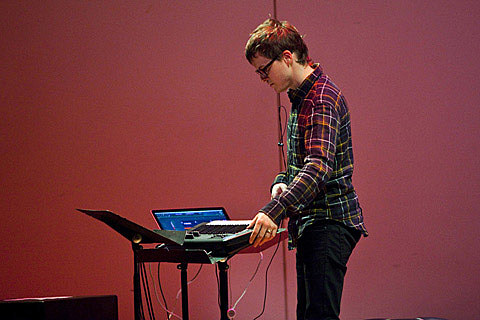 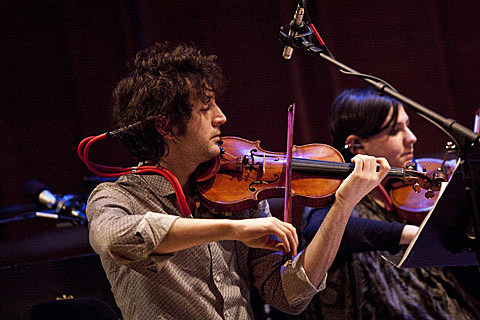 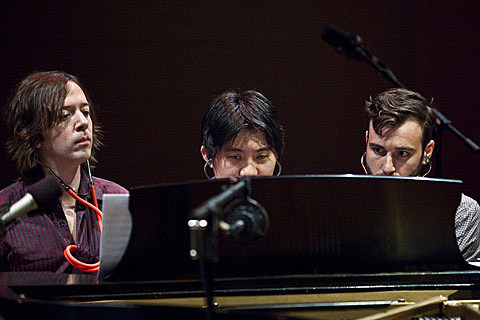 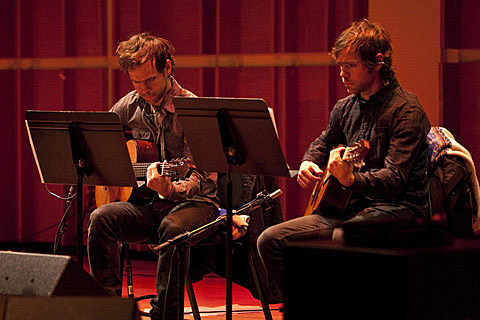 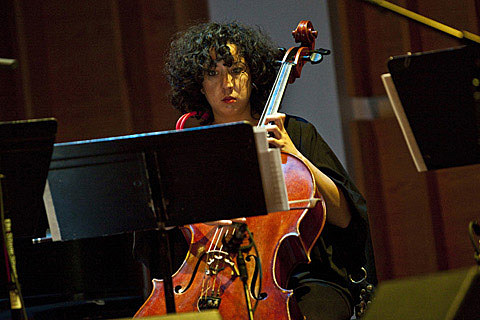 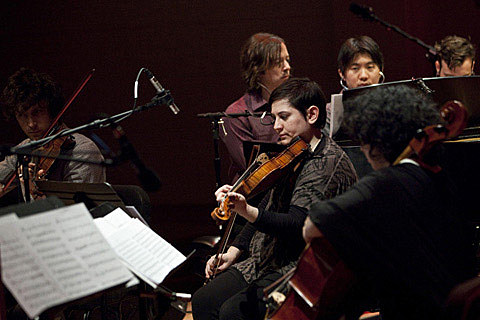 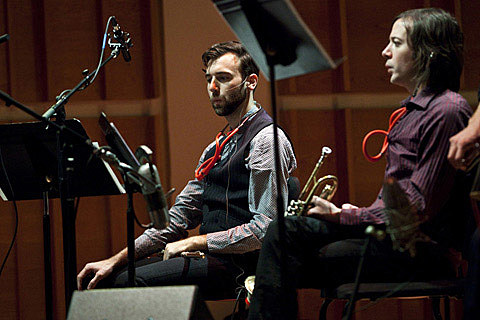 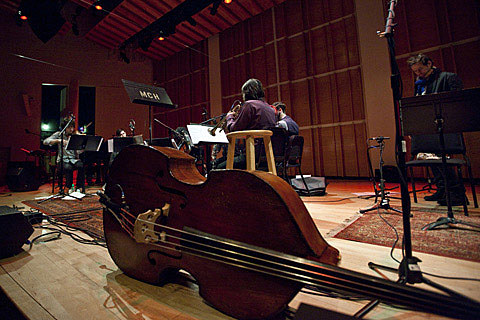 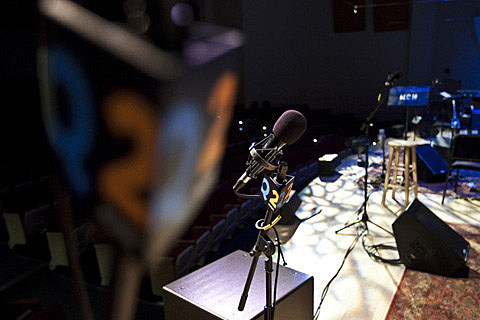 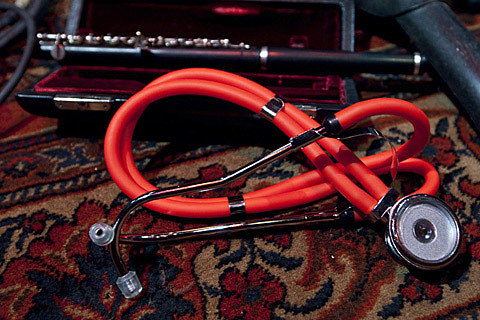 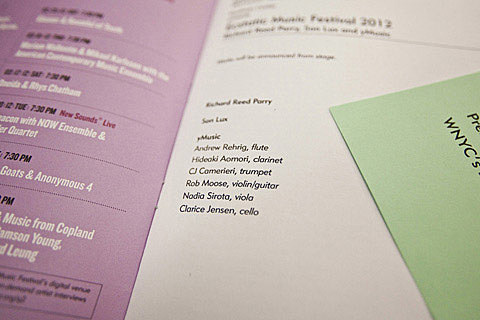 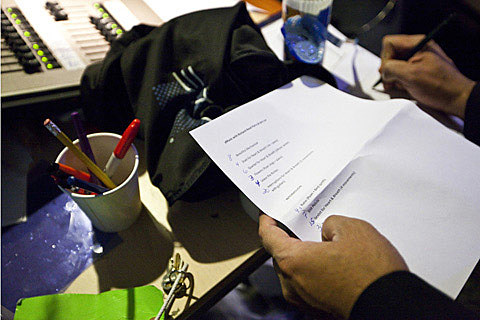 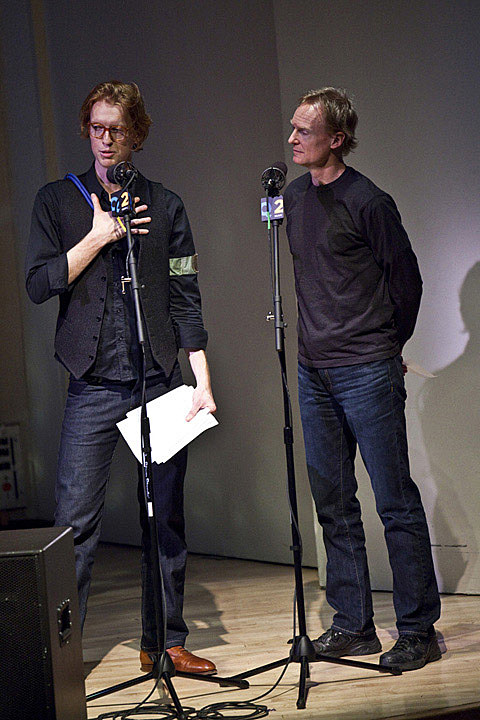 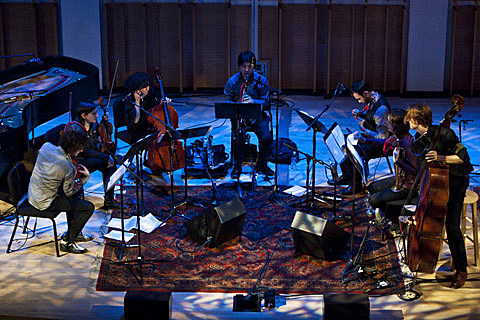 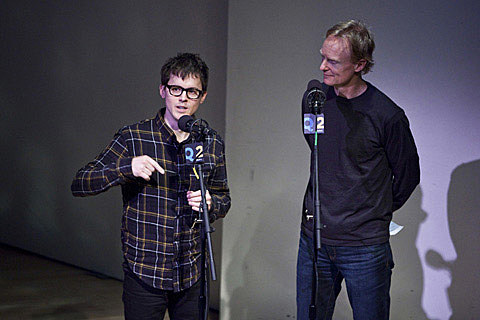 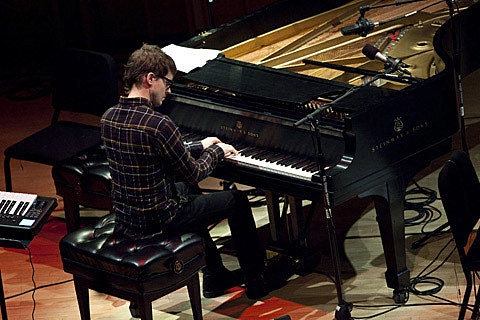 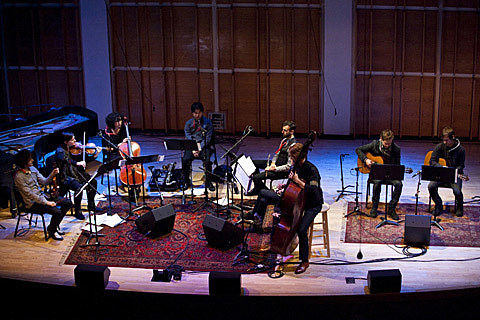 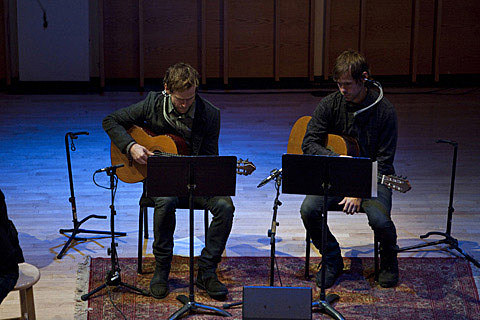 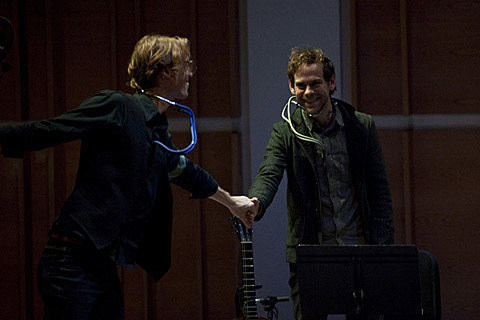 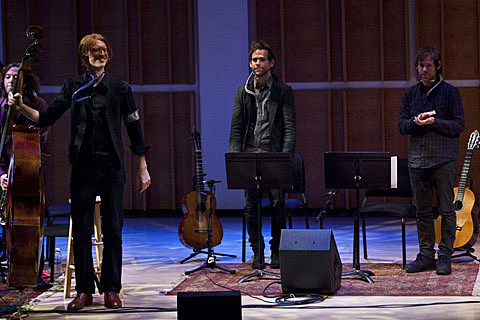 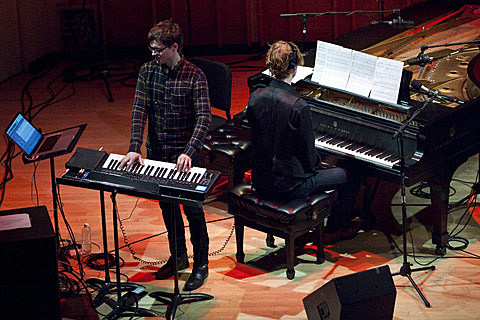