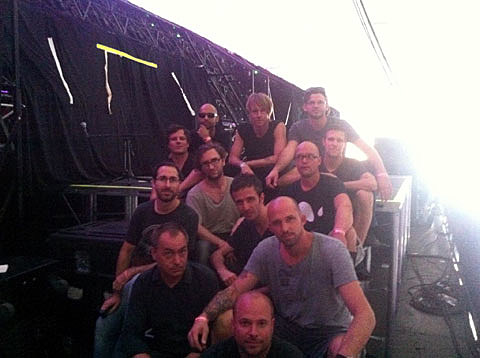 Due to unforeseen circumstances the Plastikman 1.5 live show will not be able to proceed tonight as originally planned.

Electric Zoo will now be presenting a special one hour Richie Hawtin DJ set with the Ali Demiral LED visuals show. This will take place at 10pm-11pm in the Hilltop Arena - the same arena where Plastikman would have performed.

From Richie Hawtin, "Plastikman Live is a technically challenging show that has appeared successfully in over a dozen countries over the past year. The shows systems are well-tested but rely on specific requirements from the festivals where we perform. Without full compliance of these requirements we can find ourselves in a frustrating situation. My production team has been on site in NYC since Tuesday working alongside the Electric Zoo production team preparing for this show, and they have done everything within their powers to address the challenges that have been presented at the event. Sadly it has not worked out and we regret to announce that Plastikman will not perform in New York this weekend. We are excited, in light of the situation, that we are able to present this LED visual show similar to the shows that we present at other festivals around the world".