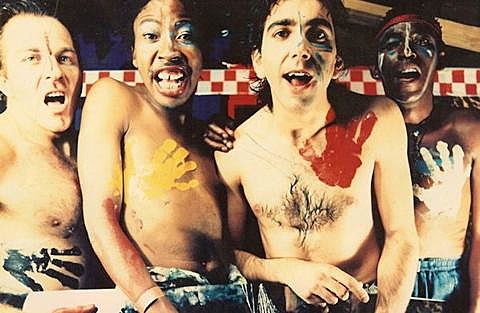 The 2012 New York Film Festival is happening as we speak and one of this year's many selections is documentary Punk in Africa, which screens Wednesday (10/3) at the Francesca Beale Theater. Tickets are still available. Synopsis:

In 1976, as the Soweto Uprising was moving the anti-Apartheid struggle into a more militant stance, another revolution of sorts was starting in cities across South Africa. Inspired from abroad, but entirely filled with its own unique anger and outrage, punk rock exploded into a country where the Rolling Stones were banned from the radio. In their clothing and hairstyles, their lyrics and their decibel levels, these bands--with names such as Wild Youth, Gay Marines and National Wake--rocked the staid South African society with challenges to everything from censorship to lifestyles, and from religion to racism. Deon Maas and Keith Jones' fascinating chronicle captures the development of what became a second front in the battle against the Apartheid state, while also looking at punk music in neighboring Zimbabwe and Mozambique and the role it's playing in those societies today.

The trailer for Punk in Africa is below.

Meanwhile the Gotham Screen Film Festival happens at Village mainstay The Quad from October 4 - 11. Amongst their selections is Underground Hip Hop in China which screens Saturday (10/6) at 3 PM and Wednesday (10/10) at 3 PM. Tickets are still available. You can probably guess what this one's about but here's the synopsis:

Weber is one of Mainland China's first rappers. His uncanny musical talents allowed him to spearhead the creation of Chinese rap music -- a free form of creative self-expression that spread like wildfire amongst those struggling the most; young working class students and grassroots migrants left out of the country's meteoric rise.

While Weber's music electrifies China's youth and gains a huge following, he is challenged by threats to his musical existence: state censors, and armies of state-backed pop stars seeking to claim hip-hop for their own gain.

Also screening at the Gotham Film Festival is My Father and the Man in Black which can be seen Sunday (10/7) at 5 PM and Tuesday (10/9) at 3 PM. Tickets are still available for this one too. This documentary tells "the untold story of 'bad-boy' Johnny Cash, his talented and troubled manager, Canadian Saul Holiff, and a son searching for his father in the shadow of a legend" and features never-before-seen photos, audio interviews and other recordings (plus recreations). The trailer is below. 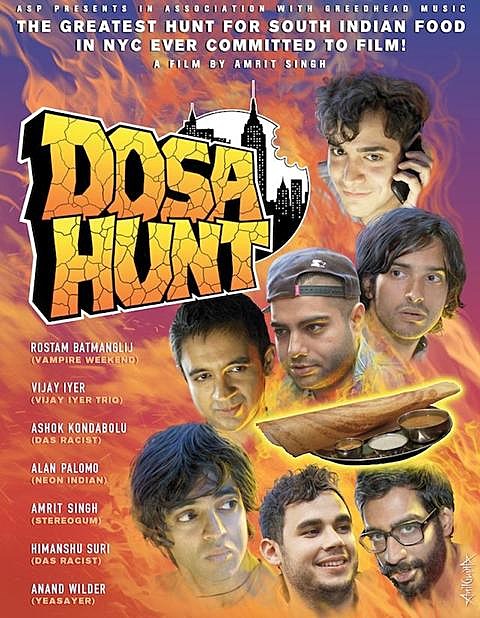 Meanwhile, this weekend marks the premiere of Dosa Hunt, the short film made by Stereogum's Amrit Singh. In it, Singh goes looking for the titular South Indian crepe and brings along Anand Wilder (Yeasayer), Ashok Kondabolu (Das Racist), Vijay Iyer, Alan Palomo (Neon Indian, Vega), Rostam Batmanglij (Vampire Weekend, Discovery), and Himanshu Suri (Das Racist) for the ride. Amrit's been working on this for some time (the actual "hunt" happened Summer 2011) so we're anxious to see it. It screens late night Friday (10/5) and Saturday (10/6) at Nitehawk Cinema in Williamsburg, including complimentary samosas and post-screening Q&A hosted by John Norris that are both sold out. There are, however, a couple additional screenings on Monday (10/8) afternoon and tickets can be gotten here. There will be a Q&A with John Norris for these as well. Dosa Hunt trailer is below.

Also this weekend at Nitehawk: midnight screening's of Brian Depalma's 1974 glam rock horror cult classic The Phantom of the Paradise that takes the Faust tale and set's it in the glittery world of pop idols. Starring Paul Williams (who wrote all the songs), it's a great movie and would be a lot of fun to see on the big screen with a crowd of people. Tickets are still available.

And last but not least, the IFC Center will be showing An Affair of the Heart starting October 10. If you don't get the title's reference, it's about soap star and '80s pop icon Rick Springfield:

Do you remember when you forgot about Rick Springfield? This is the story about the people who never did! Some may find the rabid devotion of Rick Springfield's fans perplexing, but if his 17 Top 40 hits, including "Jessie's Girl", or his run on General Hospital as Dr. Noah Drake didn't convince you, watching him blast out live performances with straight-on charisma and spontaneously dropping in on fans most certainly will. Somewhere in between the introvert plagued with lifelong depression and the 60-something extrovert who still performs 80 to 100 high energy concerts a year, lies the real Rick Springfield. For most fans Rick Springfield is much more than a celebrity crush; some have overcome deep trauma by connecting with his music, for others he has served as a catalyst for life-long friendships, and without fail all have a unique bond of reciprocity with him.

Advance tickets aren't available yet for An Affair of the Heart, but you can keep checking IFC's site.

Trailers for all the films mentioned above are below.

MY FATHER AND THE MAN IN BLACK - Official Trailer

Phantom of the Paradise

AN AFFAIR OF THE HEART ~ Official Theatrical Trailer