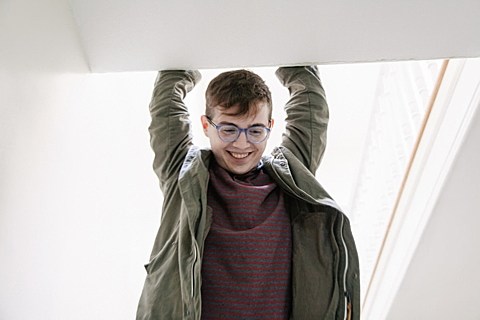 Ricky Eat Acid, the electronic project of Sam Ray (also of Teen Suicide and Julia Brown), signed to Canvasback imprint Canvasclub for the release of his new single "Context," due out next week (1/20). While some of Ricky's earlier material felt like a collage of ideas, "Context" sounds bigger and significantly more fully formed. Check it out below.

A few days after the new single comes out, Ricky Eat Acid will play a NYC show at Palisades (1/23) with his Orchid Tapes pal Foxes In Fiction, as well as Ryan DeRobertis (aka Saint Pepsi) and Fissures. Tickets are on sale now.

That's one of three upcoming shows this month for Foxes In Fiction, the other two of which are opening slots on Owen Pallett's tour, including his NYC show happening January 29 at MHOW. Tickets for that one are still available.

All Foxes In Fiction dates are listed, with one of his recent songs and the new Ricky Eat Acid single, below...