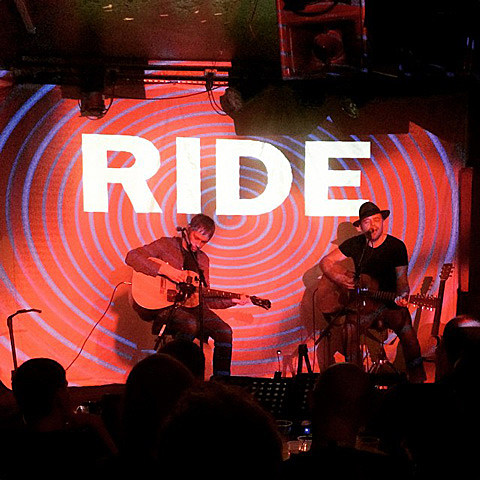 Ride are still two months away from their first live shows of their reunion (currently Coachella is first up), but frontmen Andy Bell and Mark Gardner ran through acoustic versions of of some of the band's best known songs Thursday night (2/19) at London's 100 Club in front of a seriously pumped crowd. "Vapour Trail," "Polar Bear," "Chrome Waves," "Chelsea Girl" and more got trotted out and even normally noisy ones like "Drive Blind" sounded pretty good in this format. There's video of the whole show and you can watch it, and check out the setlist, below.

Ride have also added a few more tour dates since the last time we posted (though no additional NYC shows), and all are listed below.

"In A Different Place"

"From Time To Time"