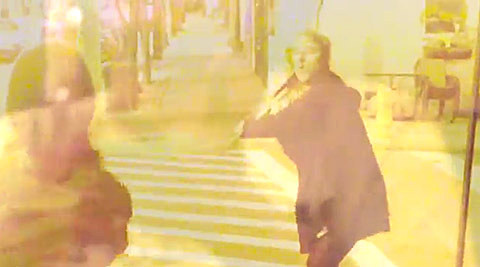 This video is filmed on an iphone, and consists of stuff from our recent US tour with Purple. It was inspired by the movie "Rubber" as well as all the best music videos. Not only is the song Daniel's singing debut, but this video was edited by him as well. It matches the nostalgic vibe of the song. It's a stoned story that emerged in all of its glory. the first shot features the late Christo Buffam from the vandelles and dead leaf echo playing a little guitar-pedal baseball. We toured with both of those bands in the past and it was put in the video weeks before his untimely passing. I think he would've liked it -- so it remains in tribute.

It's a nice video that really does fit the song's heavy-lids vibe. It makes its premiere in this post.

Ringo Deathstarr were just through NYC a month ago. No dates currently on the horizon, but stay tuned.