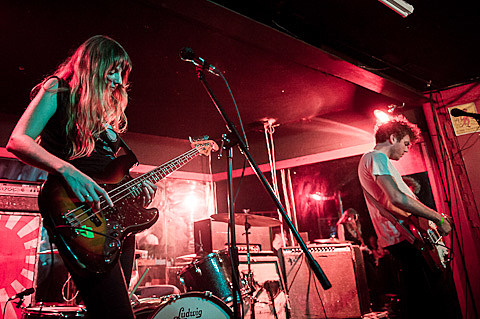 Peter Murphy releases his new album, Lion, this week via Nettwerk. The album was produced by Youth of Killing Joke and, as the title might imply, its a little wilder than we've heard the former Bauhaus singer be in a while. Lion definitely roars. You can stream the whole record below. Murphy's Lion tour is currently underway and will hit NYC on June 9 at Irving Plaza. Tickets are still available.

Opening at Irving Plaza and many dates on the tour are Austin shoegazers Ringo Deathstarr whose album God's Dream came out earlier this year. The night after Irving Plaza, the band will play a headlining show at Baby's All Right (June 10) with Heaven, Harsh Vibes and Residual Kid. Tickets for that show are on sale now.

All Ringo Deathstarr tour dates are listed, along with the Peter Murphy LP stream, below...