photo: Ringo Starr at Beacon Theatre in 2014 (more by PSquared) 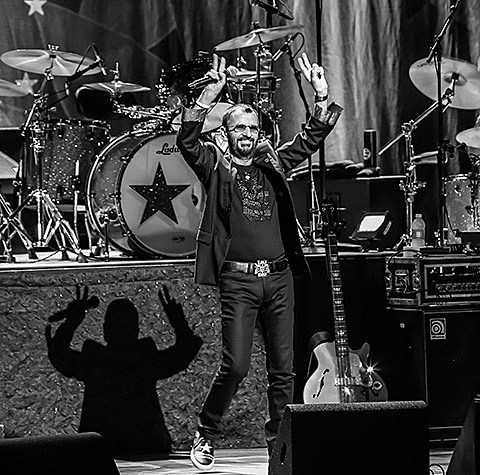 Ringo Starr and His All Starr Band, which currently includes Todd Rundgren, Gregg Rolie, Steve Lukather, Richard Page, Warren Ham and Gregg Bissonette, have announced a 2016 tour. The tour includes a few shows in and around NYC, including Port Chester on June 5 at the Capitol Theatre, NJ on June 7 at Bergen PAC, and Staten Island on June 15 at St. George Theatre. Tickets are not on sale yet, but should be soon.

As you probably know by now, The Beatles' music is now on streaming services. Watch a video of Ringo Starr & His All Starr Band playing "With A Little Help From My Friends" live in 2001, with his list of tour dates, below...