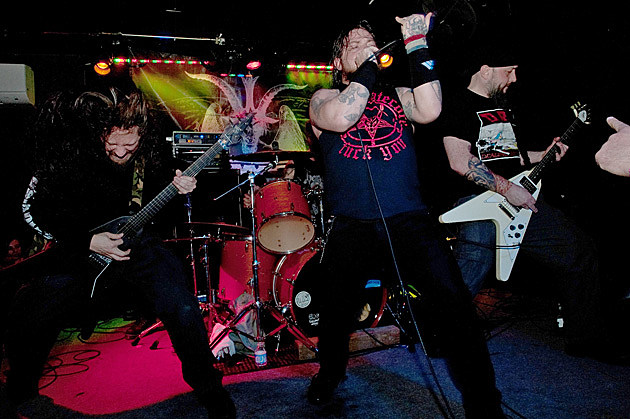 Cleveland's Ringworm have completed a new three-song 10-inch for their new label home, Relapse Records. The effort, Bleed, will see release on September 17.

Look for the band to hit the road for a swing of dates with Howl and Call of the Void thereafter, hitting the Northeast/Midwest for shows including October 3 at Saint Vitus with death metal wunderkind Noisem. Ticketing info is on the way If you need your Ringworm fix before that, head down to Baltimore on Friday for A389 Summer Extermination) with will also feature Municipal Waste, Full of Hell, Power Trip and more. Full tour schedule and Ringworm audio is below....