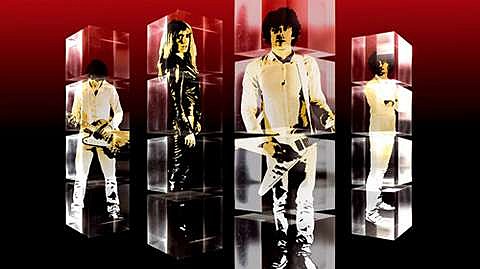 We don't get a lot of French bands over here, especially ones who sing in their native tongue. If you're interested in Francophone pop, however, you might want to go to Le Poisson Rouge on Monday, June 4 for the Les Déferlantes French Festival which features performances from acclaimed dance act Rinôçérôse, Izia, Dionysos and a DJ set from Coblism. If you're at all curious, it might be worth checking out as admission is FREE.

Rinôçérôse, whose name requires an intimate knowledge of alt-key shortcuts or at least the ability to cut and paste to spell it like they do, formed the group in 1996 and found themselves part of the new wave of electronic musicians at the time (Daft Punk, Basement Jaxx, Royksopp) and garnered a lot of attention with their 1999 debut album, Installation Sonore which took house music and added guitars, which doesn't seem all that radical now but at the time it was somewhat radical. The record can still be heard in Euro-style hotel lobbies all over the world. Rinôçérôse have gotten much more guitar-rock oriented over the years, having released albums about every three years since, the most recent being 2009's Futurino.

Rinôçérôse were supposed to play Glasslands the next night (June 5) but their performance has been canceled. They will be DJing, however, at Le Bain on Sunday (6/3) for the Ete D'Amour party which starts at 4PM and goes all night.

As for the rest of the acts on the Le Poisson Rouge bill, Izia makes danceable rock and Dionysos do a fun, modern update of French ye-ye style pop. Check out videos from all three artists performing below, along with a detailed flyer for the show.

Izia - So Much Trouble