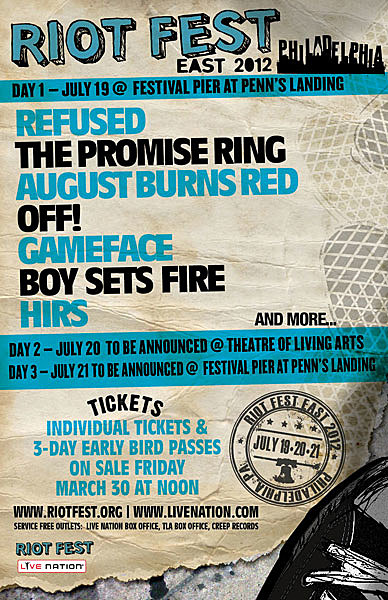 OFF! at BV/POTR Deathmatch (more by Tanner Douglass) 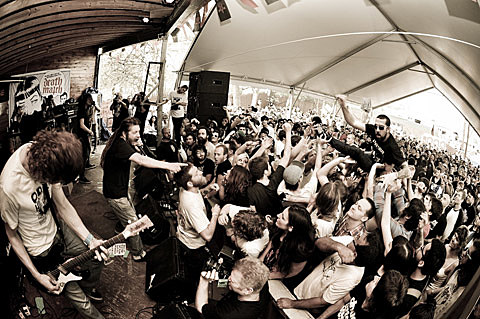 Born in Chicago, Riot Fest expanded to Philadelphia last year, and will keep that fire burning in 2012. This time around, Riot Fest East will host The Promise Ring, August Burns Red, Boy Sets Fire, Gameface, Hirs, Refused & OFF!, and more. The festival, which runs from July 19th - July 21st has yet to reveal the full lineup, but three-day passes and tickets for the Thursday show (see flyer above) are on sale.

The Promise Ring's appearance is one of at least four dates for the band, with two going down at or around Bamboozle and another at The Fillmore in San Francisco on September 1st. The band recently did a few dates include one in Chicago (pictures here).

Refused and OFF! will also hit Brooklyn on tour.