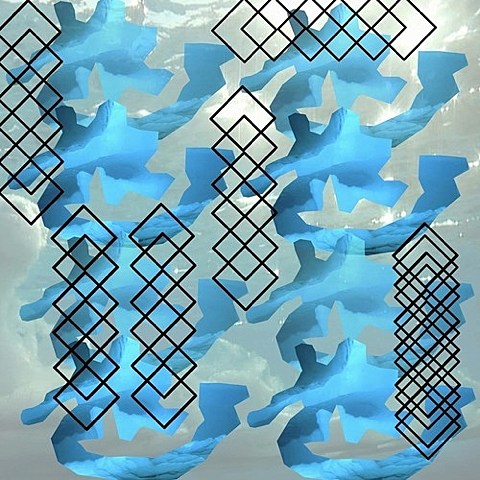 One of the more interesting upcoming producers in the NYC electronic scene this year was Rioux, whose Supersymmetry EP and "Spirit Calling" single are both excellent doses of psychedelic dance music and highly recommended. To celebrate the holidays, Rioux has put together a mixtape called Aurora with some of the standout electronic tracks of the year from Jon Hopkins, Arca, Todd Terje, Jams Holden, Oneohtrix Point Never, Darkside, and others, in addition to one of his own tracks, "Hologram II." Says Rioux of the mix:

I wanted to prepare a mix that is focused less on re-imaginations of tracks like I usually put forth, but rather a seamless string of instant-classics with clean and subtle transitions.

Despite having grown up in Detroit and living in Berlin and New York, I've always been attracted to warm climates. This year though I'm embracing the cold winter more than ever and Aurora, with its icy sound palette, goes hand in hand with this impulse.

The mixtape makes its premiere in this post, and you can stream it along with the tracklist, below. That's the artwork above.

Rioux is also planning more singles and a full-length titled Here Comes Now for 2014 so stay tuned for that. Meanwhile, you can watch the video for this year's "Supersymmetry" along with the new mix, below...