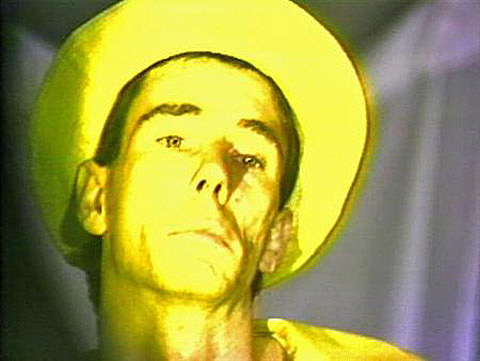 Artist Mike Kelley has passed away at his home in Los Angeles, having apparently taken his own life. The tragic news was confirmed... by Helene Winer, of New York's Metro Pictures gallery, a long-time associate of the artist.

"It is totally shocking that someone would decide to do this, someone who has success and renown and options," said Winer. "It's extremely sad." She added that the artist had been depressed.

Kelley was born in 1954 in a suburb of Detroit, Michigan. He became involved in the city's music scene as a teen, and while a student at the University of Michigan, formed the influential proto-punk band Destroy All Monsters with fellow artists Jim Shaw, Niagara, and Cary Loren (a retrospective devoted to Destroy All Monsters was held at L.A.'s Prism gallery last year). Together, the band hatched a style of performance that skirted the edge of performance art...

Kelley's career took off in the early 1990s, with solo shows at the Whitney, LACMA, and other international venues. He and Oursler organized a well-recived installation -- a kind of monument to punk -- at Documenta X in 1997. In the early 2000s, he began exhibiting with Gagosian Gallery after 20 years with Metro Pictures. -[ArtInfo]

Many in the music world might also know Mike Kelley's art from the iconic cover of Sonic Youth's Dirty (Thurston Moore was also the one who released the Destroy All Monsters albums in 1994). Read more about his fruitful career at Wikipedia.