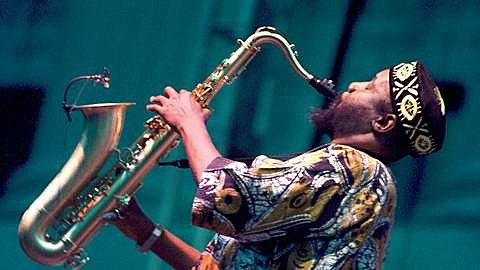 Free-jazz giant, David S. Ware, has died aged just 62. The New Jersey-based saxophonist had been plagued by poor health for many years, undergoing nearly a decade of dialysis treatment and, at the age of 60, a kidney transplant using an organ donated in response to an email appeal sent to 1,000 of his fans.

While Ware's many admirers will mourn this premature loss, there's comfort to be had from the fact that the two short years gained by surgery allowed him time to record some of his strongest work, including two astonishing albums by the heavyweight quartet, Planetary Unknown, featuring drummer Muhammad Ali, pianist Cooper-Moore and long-time collaborator, bassist William Parker. - [Jazzwise]

A true one-of-a-kind, David S. Ware you will be missed. Check out a preview of A World of Sound, Amine Kouider's documentary short on Ware below and you can watch the whole thing on David Lynch TV.