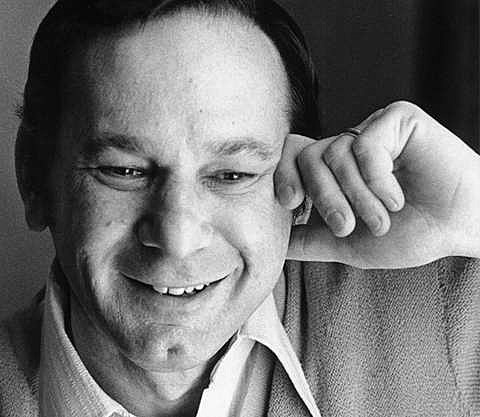 Hal David, the Oscar- and Grammy-winning lyricist who in the 1960s and '70s gave pop music vernacular the questions "What's It All About?," "What's New, Pussycat?," "Do You Know the Way to San Jose?" and "What Do You Get When You Fall in Love?," died on Saturday in Los Angeles. He was 91.

The cause was a stroke, according to his wife, Eunice, who said he died at Cedars-Sinai Medical Center.

Mr. David, whose lyrics could be anguished pleas, wistful yearnings, sexy mash notes or wry musings, and sometimes all four in the same song, was best known for the long strand of hits he and the composer Burt Bacharach wrote for Dionne Warwick.

He was something of a late bloomer: he did not have his first Top 10 hit -- "Magic Moments," recorded by Perry Como -- until 1958, when Mr. David was in his late 30s. He achieved his greatest successes well after he turned 40, at a time when many of the other successful songwriters were half his age and many young performers were writing their own songs.

Mr. David's words also found fertile ground on Broadway, in the hit musical "Promises, Promises"; in the movies, in the Oscar-winning song "Raindrops Keep Fallin' on My Head" from "Butch Cassidy and the Sundance Kid"; and at weddings via the classic first-dance song "(They Long to Be) Close to You." -[NY Times]

Ninety-One is a good run. R.I.P., Hal. A few Hal David classics are below.

Marty Robbins - "The Story of My Life"

Herb Alpert - "This Guy's in Love with You"

Dionne Warwick - "Anyone Who Had a Heart"

The Stranglers - "Walk on By"

Naked Eyes - "Always Something There to Remind Me"