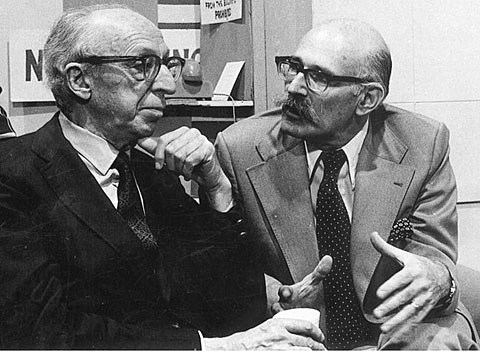 Howard H. Scott, known by some as the godfather of the LP, and others as a classical composer and producer, passed away last month in Reading, PA at the age of 92 after a fight with cancer.

In 1946, Mr. Scott was 26 and just discharged from the Army when he got a job at Columbia Masterworks, the label's classical division. He was soon assigned to Columbia's top-secret project: developing a long-playing record to replace the 78 r.p.m. disc, which could hold only about four minutes of music on each brittle shellac side.

The project had begun in 1940 and was nearing completion. But its engineers needed someone with musical training -- particularly the ability to read orchestral scores -- to help transfer recordings from 78s to the new discs, which played at 3 31/3 r.p.m., could hold about 22 minutes a side and were made of more durable vinyl.

He went on to produce many classical records with symphonies in Boston, Philadelphia, St. Louis, and the New York Philharmonic among many many others, eventually winning a Grammy in 1966 for his production on Charles Ives's Symphony No. 1, performed by the Chicago Symphony Orchestra.

R.I.P. Mr Scott, your lasting contributions to both music and technology will be felt for generations to come.