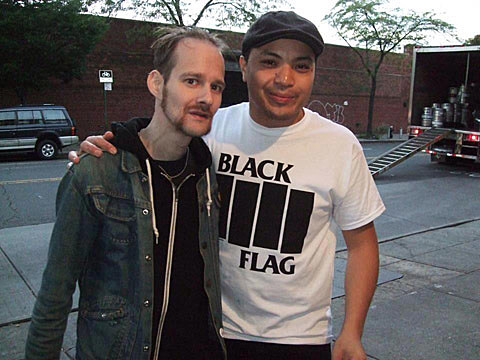 RIP to Jason Rosenthal, guitarist/vocalist of On the Might of Princes, Vehicles and The Brass, who passed away yesterday. He was only 35 years old. OTMOP posted their eulogy last night:

it is with insane sadness that i have to write and say that jason rosenthal, singer/guitarist for On the Might of Princes, passed away last night. i don't know what to say. of course he and i have had many differences, but at the heart of what we did and what we shared, is an overwhelming amount of passion for the beauty and struggle of a long on/off friendship and trying to keep a sinking musical ship afloat. he gave so much of himself through his music, and touched so many hearts... helping us along through our hardships and loves. i'm not going to post any particular song right now, but encourage you to find the song that hit with you the most, and blast the fucking shit out of it. goodbyes like this are not good, but the flame unique people like him leave behind will warm us until we join him somewhere. be strong and hug the people you love everyday.

OTMOP called it quits for good officially in middle June, cancelling a set of shows in the process due to personal issues.

Jason Rosenthal, you will be missed. Streams and live footage of On The Might of Princes below...