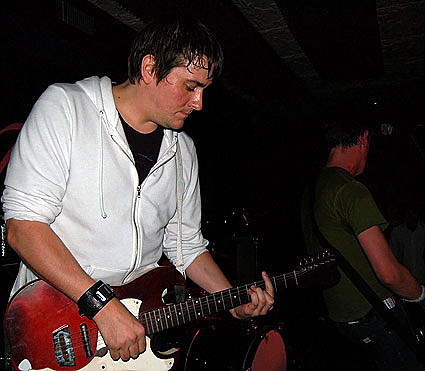 Joel Burrows, longtime local musician and fixture of the Portland music scene, has passed away. Burrows performed with many Portland bands and was a talented multi-instrumentalist, playing drums for the Minders and guitar in the Thermals, among his contributions for many other bands. In early 2011, Burrows was struck by a van as he crossed the street and suffered a serious head injury. He spent following months in the ICU and fought valiantly for his life. Burrows made substantial progress and was able to leave the hospital to live in an assisted living facility for people with brain injuries. -[Portland Mercury]

Joel only spent a short time in The Thermals, part of which was spent in NYC for CMJ 2006. We were honored to host him and the rest of the band in the basement of Fontana's that year.