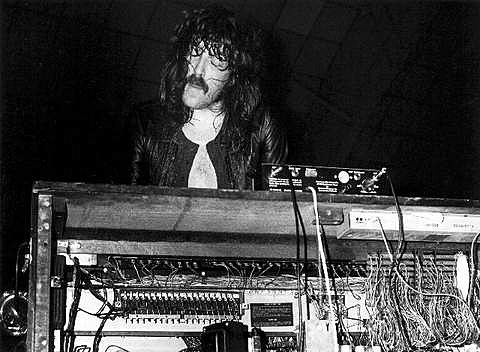 He could have chosen a career as an actor after receiving a drama school scholarship, but started playing in pub bands including short-lived outfits with future Rolling Stones star Ronnie Wood and his brother Art.

He also worked as a session musician and is thought to have played piano on The Kinks' hit You Really Got Me.

After meeting guitarist Ritchie Blackmore through another project, the first incarnation of Deep Purple was born.

Lord's classical influence surfaced when Lord composed Concerto for Group and Orchestra, which the band performed with the Royal Philharmonic Orchestra at the Royal Albert Hall in 1969.

But the group refined their heavy rock sound and found mass success at the start of the 1970s with albums including Deep Purple in Rock and Machine Head.

Lord continued to compose classical works alongside the group's output and, when they split in 1976, he joined other groups Whitesnake and Paice, Ashton and Lord. [BBC]

R.I.P. Deep Purple founding member and keyboardist Jon Lord, who lost his battle with pancreatic cancer today (7/16) at age 71. Lord's Hammond organ stylings were intrinsic to Deep Purple's sound, but were influential beyond the hard rock/heavy metal world (The Charlatans' hit "The Only One I Know" was almost a rewrite of Deep Purple's "Hush"). He also co wrote many of the band's best-known songs, including "Smoke on the Water," "Strange Kind of Woman," and "Black Night." Jon, here's hoping you have access to a perfectly maintained Leslie cabinet wherever you are now.

A few Deep Purple classics via YouTube are below.

Deep Purple - "Smoke on the Water"