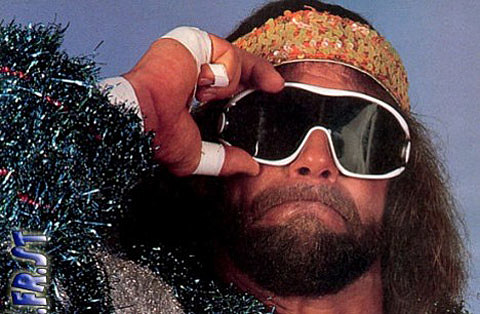 Professional Wrestling great "Macho Man" Randy Savage died after a car crash on Friday near his home in Seminole, Florida, according to the Florida Highway Patrol.

He drove over a concrete median into oncoming traffic lanes before crashing head-on into a tree, a crash report said.

He died of his injuries at a nearby hospital. He was 58.

The crash was not alcohol-related, officials said. The cause of death will not be confirmed until an autopsy is performed, investigators said.

Hulk Hogan's partner and then arch rival in the WWF,"Macho Man" was also a member of the NWO in the WCW, and much more (including the ex-husband of Miss Elizabeth who died in 2003). He also gave some of the craziest wrestling promos of his era. RIP Randy Poffo, you will be missed. Videos below...