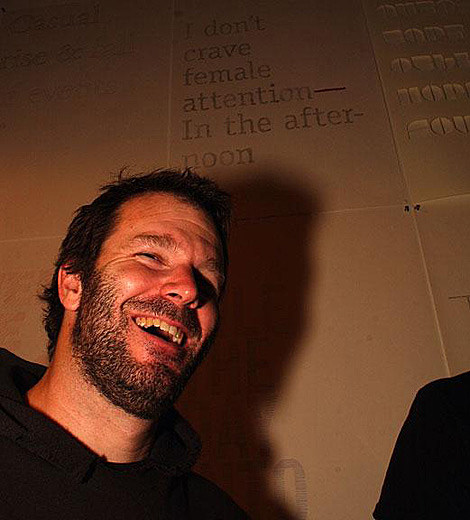 Our hearts are broken. We lost a member of the Seventh Rule family today. RIP Mat Arluck. You will be missed more than you'll ever know. -[Seventh Rule Twitter]

It's a sad day, as the metal community mourns the loss of Mat Arluck of Sweet Cobra to cancer. For the uninitiated, the band released their killer album Bottom Feeder on Seventh Rule this year, and was preparing to release a new (and completed) album for Black Market Activities. Though Arluck had left the band a year ago, he contributed to said new LP, Mercy, which was recorded at Volume Studios in their hometown of Chicago by Sanford Parker and mixed at God City Studios by Kurt Ballou. The band plans to continue on and commented on the loss to the Chicago Reader. That statement and a video below...

Sweet Cobra drummer Jason Gagovski says, "We were definitely a lucky bunch of guys to have him join our band." He said the 39 year old was a father figure to the band. "He's one of the most honest and amazing people we've met," he says. "We've learned a lot from him. We're just thankful that we had him for the time that we did.

Gagovski says that Arluck, who also played in Cooler by the Lake and Closing In, was diagnosed about three years ago, but his illness didn't stop him from playing with the band until about a year ago. He decided he wouldn't be able to accompany the band on a tour with Russian Circles but urged the remaining three members to follow it through and to continue playing as a trio. "It's been kinda weird," he says of the change, but adds, "he was sad to see us stopping our momentum. He would've wanted it that way. I know that sounds cheesy as hell."

"He's one of the most honest and amazing people we've met," he continues. "We've learned a lot from him. We're just thankful that we had him for the time that we did."

Ironically Arluck had to drop out of the band at the beginning of their most successful year yet, with tours opening for Russian Circles and Pelican, and word of mouth spreading their name and reputation for punishing, hardcore-inflected metal well outside of Chicago...

Gogovski says that the band is planning on continuing without Arluck. "He would've smacked us around a bit if we'd pussed out," on their burgeoning success, he says. Sweet Cobra will still play an upcoming show at Lincoln Hall with Russian Circles and Louisville avant-hardcore outfit Young Widows, which Gagovski says will likely serve as an impromptu tribute concert, and he says that there's already talk of more official shows in Arluck's honor. Chicago Reader