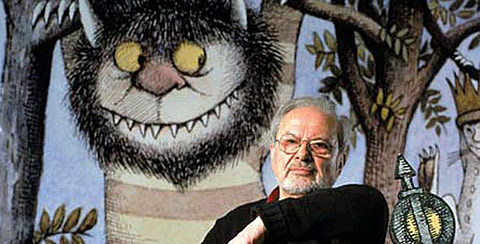 Roundly praised, intermittently censored and occasionally eaten, Mr. Sendak's books were essential ingredients of childhood for the generation born after 1960 or thereabouts, and in turn for their children. He was known in particular for more than a dozen picture books he wrote and illustrated himself, most famously "Where the Wild Things Are," which was simultaneously genre-breaking and career-making when it was published by Harper & Row in 1963.

Rest in peace to Maurice Sendak, one of the greatest children's book authors of the last century. Sendak passed away today (5/8) in Danbury, Connecticut at the age of 83 due to complications following a stroke, according to sources.

Sendak's classic "Where The Wild Things Are" was of course turned into a film by Spike Jonze which was soundtracked by a gaggle of indie artists.