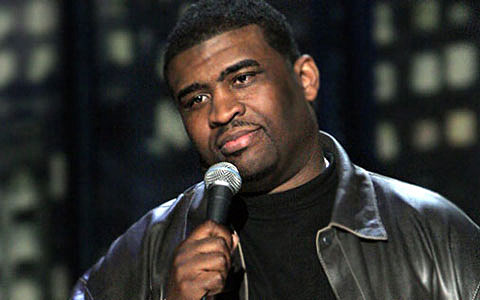 As you may have heard, comedian Patrice O'Neal passed away this morning after suffering a stroke back on October 19th. The news of the stroke first reared its ugly head a week after the actual incident when comedians Jim Norton, Colin Quinn, Robert Kelly, Rich Vos and Keith Robinson confirmed it on the Opie and Anthony radio show on October 26th. As he had survived the stroke, there was always the hope that the big man would somehow pull through. Unfortunately, he lost the battle. Patrice was an absolutely brilliant comedian, respected by both the indie comedy community and the more mainstream comedy folks. He had an absolutely expert knack for presenting you with controversial material in such a playful way that he always managed to avoid coming across as controversial for the sake of being controversial. He was such a charming and magnetic presence that it is incomprehensible that he's gone at 41 years of age. To the uninitiated, do yourself a favor and spend some time on youtube. And to the medical experts who will no doubt rear their ugly heads any second now, I say "Fuck you, troll" in advance. RIP Patrice.